A single piece of a very complex puzzle

PUF’s Steve Mitnick: Rob, you just conducted an intensive and important study. What did you do and what did you find? 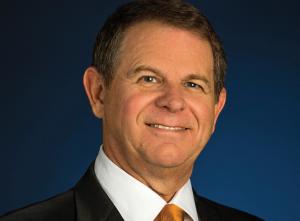 Rob Manning: This is the second study of the detonation of a high-altitude nuclear weapon that generates an electromagnetic pulse – an EMP – on the face of the Earth. The first study we did was on the effects of an E3 blast with the Earth’s magnetic field, on transformers, and on the power grid. E3 is the third wave of electromagnetic pulse.

We advanced that study to look beyond transformers, to look at what the other impacts might be on the power grid. The conclusion of the study was that we would certainly expect to see some impact from a high-altitude nuclear blast from an EMP E3 wave.

We would expect that would likely create some regional disruptions, what we call voltage collapse. It’s the inability of the system to sustain a normal level voltage, so it collapses; the system will automatically fail-safe to protect the equipment.

Our study would indicate that type of scenario is likely to occur on a regional basis. It appears that the effect would not result in a nationwide voltage collapse. That does put us in a position to be able to recover much more quickly.

PUF: If there is a catastrophic attack from this bomb, are there different kinds of electromagnetic effects? There’s E1, E2, and E3. What exactly is E3 and what are the other two?

Rob Manning: That’s exactly right. A high-altitude nuclear burst will generate three energy waves that move towards the Earth’s surface. That is, if it’s a sufficient-sized weapon and at a sufficient altitude.

E1 is very fast, in nanoseconds, and it’s characterized as a very high electric field. We measure that in volts per kilometer. It looks like a very high pulse of energy that moves towards the Earth at the speed of light. It’s followed in milliseconds by E2, which looks a lot like lightning. The grid already has a lot of protection against that.

The third, E3, is the interaction of the blast with the Earth’s magnetic field. It generates currents that appear like direct currents on our alternating current system. This creates a lot of challenges for an alternating current system. It’s an effect similar to a solar storm. It’s a much shorter duration than a solar storm, but with much higher field levels than solar events.

PUF: Then E3 is the biggest threat to worry about?

Rob Manning: E3 has the potential for creating significant equipment damage. That’s why we started with that. The effect of EMP is really a very complicated puzzle. We’re working our way through that puzzle.

We started with E3 because of the potential for equipment damage. We’re moving towards E1. We’ve been working on E1 for some time now. E1 would be more targeted towards electronics and challenges with control systems and electronics.

I would not say that one was more threatening than the other. I think they occur together, and together they are a formidable threat.

PUF: Tell us a little about how you conducted the study.

Rob Manning: It’s old-fashioned mathematics, along with some testing. We were able to secure public information about a nuclear weapons test that was done in the 1960’s, called Starfish Prime.

They used a very large weapon, which when detonated over in the Pacific, created some challenges on the grid in Hawaii. That began the analysis of EMP back in the 60’s.

The telemetry and information about that weapon is now publicly available. We could study that weapon and convert that into mathematical impacts on the electric grid, then plug those impacts into the power systems analysis tools that we used to analyze the grid.

From that, we were able to make pretty accurate predictions about what would occur as a result of a weapon that size at the altitude of the Starfish Prime test.

Rob Manning: That’s correct. We were very interested in keeping this away from being classified so that we could use it in open discussion with the industry. And, not just with the industry, but also with regulators and the government, to deal with the challenge of EMP.

We were trying hard to make sure that all our work was done in a way that it could be shared openly. That’s why we selected the test that was publicly available.

PUF: If I’m a regulator or at the utilities or elsewhere in our industry, what do I want to take away from this study? What have I learned?

Rob Manning: There are a couple of things to take away. One, the scope of the study is on E3 impacts alone. It does not include the effects of E1, which will occur before the E3 wave. It has to be taken in context.

We have to take the study in the context for which it was intended. This is a single piece of a very complex puzzle. We released it early because we want to provide information as soon as we have it available.

It’s difficult to make a general conclusion about the performance of the system on a single report. However, this report tells you that you would expect to see regional impacts from a high-altitude burst. Because of that, we should be prepared for how we recover from this sort of event.

PUF: This might lead to certain measures or equipment that the industry can take or use to make us more resilient?

Rob Manning: Absolutely. We are looking at choices for how you might mitigate this threat. We’re also evaluating recovery plans. If it does occur, how do you recover more rapidly? How do you protect systems that need protecting, to ensure that recovery is easier?

PUF: This was the second big study in this series. The first was on the transformers. Where do we go from here?

Rob Manning: We do have a couple more to go. We are shifting gears away from the E3 wave and beginning to focus in on the E1 effect. We’ve already begun testing and modeling the effects of E1. We’ve got the mathematical model for E1, so we’re moving along rapidly on E1.

We have a planned report for April of 2019 that would put all of this together. It’s detailing the holistic effect of EMP and how we might mitigate against that. We’ll release the E1 report when we have that, which will probably be later this year. Then in early 2019 our plan would be to do the holistic report, which wraps up the project.

PUF: Would we then be in a position as an industry to say, “Now that we have a whole picture, what kinds of equipment or processes should we put in place to bring down the threat?”

Rob Manning: Yes. That is the intention of our project, to equip utilities with the technical information they need to do their own risk-based analysis. They can look at where the systems are that they would be interested in protecting, and where would they focus instead on recovery.

This study will give them the information they need, not just to do their own analysis, but to share that analysis with the regulatory authorities. To make sure that we’re all on the same page on what the appropriate response might be.

PUF: It seems like it’s not a likely event but it’s something that were it to occur in certain conditions, it would have big impacts.

Rob Manning: This is serious. With any risk, you’re trying to balance the consequences of an event and the likelihood that an event occurs. The likelihood of this event is very low.

But the consequences are significantly high enough that it’s worthy of discussion and trying to understand how we could reduce those consequences and therefore reduce the risks.

I think that’s where utilities will focus, on how we might reduce the consequences.

Hear more from Rob Manning on EPRI’s EMP research in the EPRI Unplugged podcast EMP and the Electric Grid, available on iTunes and archive.org.