We invest our dollars, our time, our attention, our creativity. We invest in something. We invest sometimes in someone. 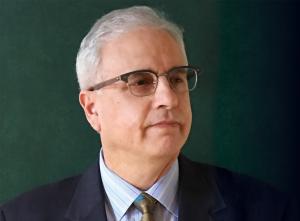 People constantly invest. Constantly, though they receive nothing of value in return. Not then and there. Aside from promise, some satisfaction perhaps. The value from investing comes later. It might not come until much later.

When it does come, the value that is, it might disappoint. Due to adverse events. Due to bad luck. Due to both possibly. The value might come diminished as well as delayed. If value comes at all.

Then, why? Why do people invest? This question is rarely asked. And, more rarely answered. Indeed, there are ample and prominent reasons not to invest. So, why don't we start with the opposing question? It's a simpler question to answer. Why don't people invest?

Here's one obvious reason. Investment siphons off monies. Monies that can help satisfy immediate needs and wants. Of which there are always many.

Here's another reason. Investment commits monies to a particular course of action, while different courses beckon. Investment is a bet the chosen course is the correct course. Critics aplenty disagree, inevitably. They charge the choice is incorrect. That alternative courses of action are superior because of this or that. Even doing nothing - the course of inaction - might be represented as superior.

And still another reason. Investment is a journey of patience, discipline, dogged persistence. Ask any developer of energy infrastructure. Instant gratification? Ha. Plans are detained, diverted, deferred. A hostage to an investment's ultimate resolution.

We invest nonetheless. For investment pays homage to the future. Though the future - when an investment finally bears fruit - extends beyond the investor's lifetime.

Investing is noble. It is a sacrifice of the present for the future. Investing defies financial analysis in which the principle of discounting pronounces the present to be more important than the future. The investor denies herself or himself today so that days far off shall be enriched.

It's what earlier generations did. They built the Hoover Dam - at great cost to themselves - so that we may have a better life decades later. They built a hundred nuclear power plants, a dense network of electric lines spanning the continent. And connected every structure in the nation to it.

So, let me say thank you. Thank you to the men and women of the thirties, of the forties, of the fifties, of the sixties, and so on. Thanks for allowing grid investing then. My society, in the first quarter of the twenty-first century, is realizing that promise that you paid for back then.

These days, a single investment in the grid can cost tens of millions, hundreds of millions, even billions. Stunning amounts, except when one realizes investment costs are spread thinly over decades and thus always barely budge today's electric bills.

The proof is in the pudding. Though grid investing nationally now exceeds a hundred billion per annum - by a lot - electric bills are at all-time low levels as a percent of consumer expenditures. Yet individual projects cost tens of millions, hundreds of millions, even billions. Somehow, utility regulation and utility finance manage to spend all that cash on tomorrow's grid, for our children and grandchildren, without running up the tab on us.