Where Energy Storage is Headed

PUF’s Steve Mitnick: What are your top goals for 2018 as the CEO of the Energy Storage Association? 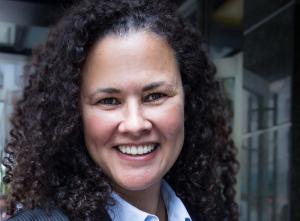 Kelly Speakes-Backman: The energy storage industry is experiencing unprecedented growth, and with it, ESA will expand its support of the market. 2018 will be a year of continued growth for ESA and the storage industry, but also one of reflection on what the future will hold and how ESA can be a catalyst for this growth.

Since I joined six months ago, I have begun the process of establishing ESA’s long term goals. Early in 2018, I expanded our executive team to support our strategic efforts and develop our organization’s long term plans, which should follow the expected growth of thirty-five gigawatts of new energy storage by 2025.

Throughout the year, we will do everything we can to open markets in states through participation in regulatory processes and support of legislation that sets a policy direction toward the deployment of cost-effective energy storage.

PUF: What are the most interesting trends you’re seeing in energy storage?

Kelly Speakes-Backman: The cost of storage has dropped so much faster than most predictions. The installed cost of battery grid storage has dropped fifty percent in the last four years, and that rate is likely to continue for the next several years.

Also, as costs have come down, new megawatt-scale battery storage projects are being delivered with longer durations. Aliso Canyon made big news in 2017 with over ninety megawatts of four-hour batteries deployed to make up capacity shortfalls. There are already two eight-hour grid battery projects under development in New York and Massachusetts in 2018.

The comprehensive trend we’re seeing is that as costs come down, durations will grow and storage will be a more competitive resource for new capacity.

That ties into the second big trend: utilities are increasingly including storage in their planning and procurement. Since the first utility integrated resource plan meaningfully included battery energy storage in 2016, we’ve now seen a dozen utilities across eight states earnestly consider energy storage for future capacity, more often selecting it as an economic resource than not.

Frankly, if a utility in 2018 doesn’t include storage in its integrated resource plan, there’s a good chance they have an out-of-date view of storage economics over the next two decades, or are not doing the work to model the flexibility needs of their systems.

At the same time, more utilities are making storage a part of their distribution infrastructure. Not just in California and New York, but also in states like Arizona, Massachusetts, North Carolina, and Texas.

This trend will only continue and grow as utilities get more familiar with the operations and performance of storage, and realize how cost-effective it is to defer or avoid costlier infrastructure upgrades.

Finally, it’s clear that states are getting more educated and active on energy storage matters, particularly in legislatures. In 2016, there were perhaps a handful of states where storage-focused legislation was introduced, and only a few bills were passed into law.

In 2017, we saw a dozen states introduce bills on energy storage, and a decent number passed into law. We’re going to do our best to make 2018 a very busy year on this front. More states are deciding to jumpstart development of their state’s regulatory framework around storage through deployment targets. First, California in 2013, then Oregon in 2015, then Massachusetts in 2017, now New York in 2018, and potentially Nevada this year as well.

On the regulatory side, there’s a growing awareness of the need to remove barriers to grid access for storage, with storage-specific interconnection conversations proceeding in nine different states.

And initial discussions of a competitive framework for storage ownership, prompted by the broader conversation around grid modernization and distribution planning. Considering all these regulatory activities, I think it’s safe to say that there will also be a trend for more PUF articles on energy storage!

PUF: What are the greatest challenges facing storage and its rapid growth?

Kelly Speakes-Backman: Policy takes time to catch up with technology. Our industry is now entering market frameworks that never contemplated cost-effective, widespread, highly flexible storage. Even when we get a final order from FERC on the treatment of energy storage at the federal level, there will still be a time-lag for RTOs and ISOs to make needed changes.

So, it’s not surprising that state regulators and policymakers in states are beginning to lead on storage. ESA is addressing that growing interest by working to break down the barriers to energy storage at the state level, which happens to be like the work required at the RTO and ISO level.

These barriers aren’t related to cost anymore, but rather to how storage is valued, open and fair competition, and access to markets. Accordingly, ESA is working at the state level to create mechanisms to value and compensate the flexibility of storage; allow storage to compete in all planning and procurement processes; and ensure access to the grid and the ability to operate flexibly.

PUF: How will the annual Energy Storage Policy Forum on February 14 address these issues?

Kelly Speakes-Backman: We’re very excited about the topics and the caliber of speakers lined up for the annual Energy Storage Policy Forum this year. ESA will host a range of policymakers, utility executives and market participants to discuss their perspectives on these major topics of the day.

From FERC, Commissioner Powelson will provide his perspective on storage in the new Commission’s agenda. Alicia Barton from NYSERDA will update us on the most recent actions from New York state, including the recent announcement by Governor Cuomo of a 1.5 gigawatt target and two hundred fifty million dollars in support by 2025.

Also, for state perspectives, we’ll hear from regulators from Washington, Arizona, Hawaii and Maryland, discussing how storage fits into their planning processes. From the legislative side, we will hear both Republican and Democratic policy perspectives from the federal government, including Senate Energy and Natural Resources Majority Staff Counsel Patrick McCormick.

Later that day, industry participants will engage in discussions on topics such as what a competitive framework for storage looks like in a world where utilities, customers, and third parties all may own it. We also look forward to hosting allied stakeholders from across the U.S. to share their perspective on local advocacy for storage.

It’s going to be an incredibly interesting day, and we’re honored to bring so many influential participants together to share their perspectives.