The Memorial Center of Nikola Tesla is rated as the number one place to visit on tripadvisor, if you happen to find yourself in his birthplace, Smiljan, Croatia. This museum is dedicated to one of the greatest scientific minds to contribute to the business of electricity, who was born July 10, 1856. Tesla is estimated to hold some three hundred patents, although a few are lost to time, and you can find a list of most of them from twenty-six countries on a Wikipedia page. 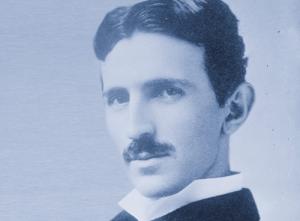 Tesla was a man of many accomplishments, including the rotating magnetic field, the AC motor, the Tesla coil, and according to the U.S. Supreme Court the inventor of the radio. Tesla sent his first wireless recording from his lab in New York City to a boat on the Hudson River some twenty-five miles away in 1897. He invented all we associate with the radio including tuners and antennas, but an inventor, Guglielmo Marconi, took credit. By the time the U.S. Supreme Court ruled in 1943 that the patent filed by Tesla took precedence, Marconi already was known as the father of the radio. Justice was slow as Tesla had died earlier that year.

It's no wonder that a genius inventor of Tesla's renown has become embedded in popular culture in many ways. In fact, if you go online and only google "Tesla" the first information and ads that pop up all have to do with cars, thanks to Elon Musk and his popular electric cars sold under the brand of Tesla. Google on July 10, 2009 celebrated Tesla's birthday by displaying a google doodle on its search home page showing the 'G' as a Tesla coil.

A 2003 Jim Jarmusch film, Coffee and Cigarettes, contains a scene where Jack White of the band White Stripes shows bandmate, Meg, a Tesla coil he built, while praising Tesla:

Jack: Well, Nikola Tesla invented fluorescent light. Without him we wouldn't have alternating current, radio, television... x-ray technology... induction motors, particle beams, lasers; none of that would even exist if it weren't for him.

"Epic Rap Battles of History" is a YouTube web series, which pits famous historical or pop culture characters against each other in rap format. In its second season, on March 11, 2013, the rap battle featured Nikola Tesla versus Thomas Edison, referring to the Battle of the Currents, when Edison and his utility pushed for DC-based currents against Westinghouse Electric Company, which favored Tesla's AC current. The lower cost of AC power distribution prevailed, though DC systems persisted in some urban areas throughout the twentieth century. The web series has won multiple awards and as of March 2017, it is the thirty-fourth most subscribed channel on YouTube with over fourteen million subscribers and over three billion total views.

The drama between Tesla and Edison is thematic in popular culture, as evidenced in a segment of the HBO series Funny or Die, called "Drunk History." Duncan Trussell while drunk tells a story of Nikola Tesla's life and his encounters with Thomas Edison. Tesla is portrayed by John Reilly, while Thomas Edison is played by Crispin Glover.

Animation is included in the Tesla/Edison reverence. And on Season 9 Episode 15 of Family Guy, Nikola Tesla is portrayed in cartoon form along with Thomas Edison.