Era of Profound Change Creates Opportunities for Utilities and Customers

Brien Sheahan is Chairman and CEO of the Illinois Commerce Commission and Chairman of the NARUC Presidential Task Force on Innovation.

Jimmie Zhang is a Legal and Policy Advisor to Chairman Sheahan.

In an era of rapid and profound change in both utility technology and regulation the National Association of Regulatory Utility Commissioners, led by then President Robert F. Powelson, created the NARUC Presidential Task Force on Innovation in January of 2017. 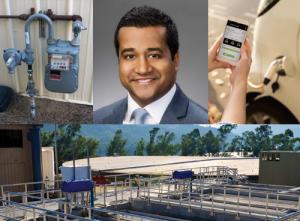 The charge of the taskforce was twofold. First, to organize panel discussions to showcase new technologies and educate State commissions on opportunities for regulators. And second, to recognize innovation in the utility sector through an annual NARUC Innovation Award.

Since its inception, the taskforce has led or co-sponsored a series of panels on diverse topics ranging from customer engagement, battery storage and the integration of distributed energy resources, big data and analytics, blockchain, and how private equity and business incubators further innovation in the energy space. Through the Innovation Awards, NARUC has recognized innovative solutions in technology and regulatory policies, in electricity, gas, water and telecommunications.

To illustrate why innovation is so critical today it is important to understand the historical role it has played in the utility industry and the impact it has had on the welfare of the nation. The economic and architectural underpinnings of modern utilities have essentially remained constant since their invention by Samuel Insull, Thomas Edison's personal secretary and one of the founders of the Edison General Electric Company, in Chicago more than a century ago. Insull's concept to lower the cost and increase the availability of electricity through "massing production" made possible by large (for the time) central station generation and hub and spoke distribution, rural electrification, and state regulation of public utility monopolies remain hallmarks of the industry. In the intervening century, the bedrock of modern society and human advancement has been reliable and affordable utility services.

But today that paradigm is on the verge of great transformation. The pace of technological change is increasing while the cost of new technology continues to decline; the consumption of water and energy is flat or declining while energy efficiency is increasing; and — importantly — consumer preferences are evolving toward conservation, efficiency, and lower carbon sources of generation. 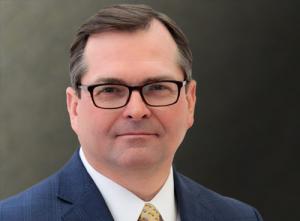 Brien Sheahan: Through the Innovation Awards, NARUC has recognized innovative solutions in technology and regulatory policies, in electricity, gas, water and telecommunications.

The confluence of several key trends including the decentralization of the power system, driven by the growth of distributed energy resources; the ubiquitous proliferation of internet connected devices, sensorization, smart-grids, broadband communications technologies, and the capacity to collect and analyze vast amounts of data in real-time; and changing demographics and consumer expectations has the potential to change the industry more in the next decade than the past century. In the face of such dramatic and rapid change, public utility regulators must be prepared to align traditional frameworks with new networks of technology and consumer expectations.

The trend that is perhaps the most dramatic is the rapid growth of DERs and large-scale renewable energy. Since 2009, the cost of wind and solar photovoltaic power has decreased by over forty percent and seventy percent, respectively - a trend that will continue. Utility-scale energy storage will become common-place and electric vehicles will seize sizable market share in the near future. According to Bloomberg New Energy Finance, more than half of new car sales will be electric in the next twenty-years. DERs and renewables are beginning to impact the U.S. electric power system at significant scale. For instance, 2017 saw the installation of over two gigawatts of residential solar, enough to power more than a million homes. Energy efficiency programs are also having a material effect on load in many parts of the nation.

The proliferation of DERs and energy efficiency programs, challenge traditional notions of the deployment of capital by utilities and presage a shift from one-way distribution infrastructure to platforms, bi-directional power flows and the management of customer owned resources. Consumer and corporate interest in the source and management of electricity, and declines in cost, are driving momentum behind technology development and deployment. With the rise of connected devices like smart thermostats, programmable lights and appliances, and affordable house-size batteries, customers are responding to DER providers' call to save money and putting additional pressure on utilities to expand demand-response and demand side-management programs. And as customer-centric experiences from devices and applications like Amazon's Alexa and Uber make their way into our everyday life, customers from all walks of life expect high-quality and instant interactions with service providers including utilities.

The traditional decades long utility technology life-cycle is being replaced with a technology life-cycle of years, or even months and weeks for consumer-oriented experiences like mobile applications. When combined with easier than ever deployment of software applications due to innovations such as cloud computing and big-data analytics, new technologies can be created and refined faster than ever. The pace of change is quickening. 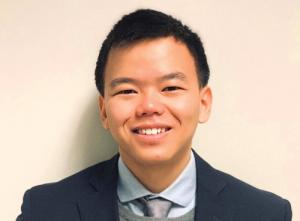 Jimmie Zhang: The economic and architectural underpinnings of modern utilities have essentially remained constant since their invention by Samuel Insull.

In the wake of these developments, regulators and the industry are faced with a challenge: to align and balance the interest of utilities and consumers while facilitating the adoption of new technologies and business models that are in the public interest.

This year's winners of the NARUC Innovation Awards embody the spirit of innovation from both regulatory and industry perspectives and highlight the underlying trends that have become increasingly evident in recent years.

Ohio PUC Chairman Asim Haque serves on the executive committee and Board of Directors of NARUC. As the winner of NARUC's award for regulatory innovation, Chairman Haque, and the Ohio PUC, embarked on a "Utility of the Future" study called Power Forward that creates a roadmap for the energy future for the state of Ohio.

Greenlots is a pioneer in transportation electrification that focuses on providing an open access, cloud-based, network solution that enables deployment of EV charging infrastructure at scale. 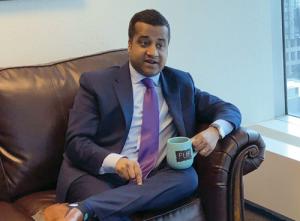 As the leader of a major state agency, Chairman Asim Haque is a role model for how to effectively build and lead an organization, leading through innovation to craft Ohio’s first ever grid modernization policy.

The Gas Technology Institute has developed a breakaway disconnect/shut-off fitting for Meter Set Assemblies and other above-ground gas facilities that are often damaged by various outside forces, like vehicles and falling snow and ice from building roofs to reduce the risk of gas leaks, fire, explosion, property damage and possible injury from impact.

The need for the utility industry to innovate will only continue to grow as low-cost distributed technologies and consumer demands for control and carbon-free generation increase. Just as the world was transformed by the development of the central station generation model a hundred years ago, we are on the edge of a revolution of similar magnitude that will emerge over the next twenty years, bringing about highly customer-centric experiences and control, dramatic increases in conservation, and carbon-free and decentralized energy generation. As the work of the NARUC Presidential Task Force on Innovation has demonstrated over the past two years, there are abundant opportunities for utilities and regulators to facilitate innovation by aligning and balancing the interest of utilities and consumers in the adoption of new technology and regulatory paradigms.

As the leader of a major state agency, Public Utilities Commission of Ohio, Chairman Asim Haque is a role model for how to effectively build and lead an organization, leading through innovation to craft Ohio's first ever grid modernization policy. In March 2017 the Ohio PUC and Chairman Asim Haque announced an initiative to improve electric customers' experience by integrating new smart grid technologies across Ohio's electric grid. 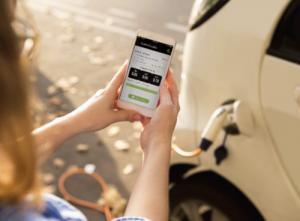 Greenlots identified that a successful transition to an electrified mobility future requires a grid management solution that allows utilities and grid operators to intelligently control EV load at any given time.

Understanding that change is coming, the Ohio PUC launched an initiative to get ahead of this wave. Power Forward is the Ohio PUC's deep dive into "grid modernization" and how innovation can serve to enhance the electricity experience. Rather than setting arbitrary goals for utilities to reach by some date in the future, Chairman Haque stressed building a policy roadmap from the ground up. Power Forward is designed to steer utility innovation and investments for the betterment of customers in a more organic way.

Power Forward: A Roadmap to Ohio's Electricity Future was released in August 2018. The roadmap's recommendations are built upon the pairing of two pillars: (a) innovation; and the concept that this innovation should serve to (b) enhance the customer electricity experience. In Chairman Haque's own words, "The Public Utilities Commission of Ohio is not interested in innovation simply for the sake of exploring the wonderment of new things. It is interested only in innovation that will enhance the electricity experience for customers."

Greenlots operates the largest open fast-charging network in North America. The company's global footprint spans across three continents with deployments in thirteen countries. Greenlots was early to recognize the challenge that utilities will face in deploying EV charging infrastructure, while maintaining a stable and reliable grid, as peak power demand increases.

Greenlots identified that a successful transition to an electrified mobility future requires a grid management solution that allows utilities and grid operators to intelligently control EV load at any given time. This solution allows continuous provision of a stable and reliable service, including fewer brownouts and blackouts, and more predictable energy rates for ratepayers - that is, peak demand charges won't be a surprise on future electricity bills. 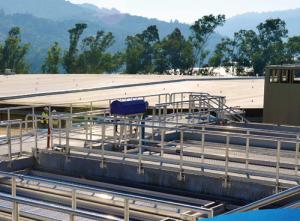 A pioneer in its field, Greenlots doesn't just sell individual charging stations and hardware, rather, Greenlots focuses on providing a cloud-based network solution that enables deployment of EV charging infrastructure at scale. Greenlots' SKY™ EV Charging Network Software is a cloud-based, enterprise-grade platform that manages the activities between the grid and EVs, EV chargers and even distributed energy resources such as solar and battery storage. SKY's design focuses on scalability, aggregation, and control of EV loads such that EVs become a flexible grid resource ensuring that regional system reliability is not compromised.

The San Jose Water Company (SJW) revitalized its largest surface water treatment facility, the Montevina Water Treatment Plant. The plant serves a million customers near Los Gatos, California. Using state of art membrane treatment technology, the plant can now treat more than two billion gallons per year. The Montevina project stands out because of the positive relationship, collaboration and communication between the owner and design-builder that was established, which proved to be crucial in overcoming the challenges experienced during the design and construction of this complex work.

Their open communication through the entire phase of this project allowed them to address the unique challenges of constructing plant improvements to a forty-three year old facility on a very small site. Their usage of a progressive design build method and deliberate planning through a series of technical workshops enabled SJW to keep the plant operational during the first two years of construction.

Excavation damage and other outside force damage are the two single largest contributors to natural gas distribution pipeline incidents. Meter Set Assemblies (MSAs) and other above-ground gas facilities are often damaged by various outside forces, particularly from vehicular damage and falling ice from building roofs. When damaged, MSAs can cause gas leaks, fire, explosion, property damage and personal injury. 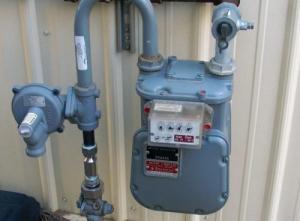 Researchers at the Gas Technology Institute developed a breakaway disconnect fitting for MSAs.

The fitting has been proven both in controlled experiments and real life conditions to significantly reduce the risk and severity of gas leaks when an MSA is hit with an external force large enough to sever the meter set piping. The fitting is inexpensive and easy to install and received exceedingly positive feedback from utilities and installers who deployed them.