Status of Residential Time-of-Use Rates in the U.S.

Ryan Hledik is a principal with The Brattle Group. His consulting practice is focused on regulatory matters related to emerging distributed energy technologies. He has worked with more than fifty clients across thirty states and eight countries.

Cody Warner is a graduate student with the Energy and Resources Group at the University of California – Berkeley. Prior to his graduate studies, Warner was a Senior Research Analyst at The Brattle Group where he modeled rate designs for distributed generation customers in states such as Arizona and Nevada.

Ahmad Faruqui is a principal with The Brattle Group. He is an energy economist whose career has been devoted to pricing innovations. He has designed and evaluated a variety of pricing experiments in the U.S. and abroad and maintains a global database of more than three hundred tests of time-varying rates. Faruqui has testified on rate-related issues in several jurisdictions and presents frequently on tariff reforms.

Fortnightly Magazine - November 1 2018
This full article is only accessible by current license holders. Please login to view the full content.
Don't have a license yet? Click here to sign up for Public Utilities Fortnightly, and gain access to the entire Fortnightly article database online.

Time-of-use rates, which charge customers a higher price during peak hours of the day and a lower price during off-peak hours, have been a useful addition to the toolkit of electric utility rate analysts for the past several decades. 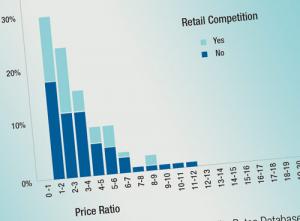 The Public Utilities Regulatory Policy Act of 1978 launched a national movement toward TOU rates.  Several pilots in the late 1970s and early 1980s showed that customers did indeed engage in demand response either by clipping their peak loads or shifting loads to off-peak hours.

Such price-based demand response would lower system peak demands and improve system load factors, thereby reducing average costs for all customers. With the broad deployment of smart metering across North America, TOU rates have increasingly been offered on a large scale to residential customers.

Most recently, TOU rates have been revisited as an option not only for reducing the system peak, but also for addressing operational challenges related to the integration of renewable generation.

In this article, we survey residential TOU rate offerings in the United States and discuss emerging trends in the design of those rates. While our focus is on the United States, it is worth noting that TOU rates were rolled out as the default tariff in Ontario, Canada about a decade ago to some four million customers.