Tell Us Why It's One of the Smartest

Steve Mitnick is the Editor-in-Chief of Public Utilities Fortnightly and the president of Lines Up, Inc. 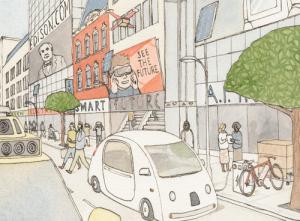 Come, let's catch a glimpse of the most inspiring visions of our future. By looking at what the most visionary communities are creating today.

Is it your city or county? Is your town one of the strongest growth magnets in the country? When it comes to attracting and retaining the most rapidly expanding companies and the most talented men and women, does your area rank near the top?

Those companies and that talent, you know, don't want to locate in parts of the country that are stuck with twentieth century infrastructure. Those parts that just can't seem to get themselves unstuck. 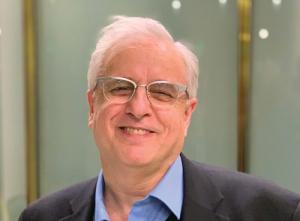 Steve Mitnick: How is it moving aggressively to that Jetsons-like future integrating tech, sensors, data, analytics and artificial intelligence to revolutionize municipal and utility services?

Companies and talent are instead flocking to efficient and engaging environments that facilitate the livelihoods and lifestyles of the future. We all saw that when Amazon sifted through dozens of communities to find those that are loaded with entrepreneurial, educated, creative and inspired people and a backbone of services to bring and keep them.

In the second quarter of the twenty-first century — don't look now, it'll be here before you know it — this means services that are leveraging tech and data analytics to the max. Services that, with millions of sensors, will hasten your commute, expedite your parking, adjust the lights along your journey, monitor the quality of the air you breathe block by block, and respond in real time to emergencies.

How can you tell a smart community from a — well — another community? It's not hard to tell. A smart community is moving aggressively. It's upgrading wireless communications to the leading edge. It's installing a dense network of sensors. It's developing the analytics and artificial intelligence to convert the tsunami of data that will be coming to practical service improvements to delight the citizenry.

Take a look at the smartest communities. Electric passenger vehicles of varied sizes and shapes are travelling the streets, quietly, without emissions. Microgrids are ensuring the resilience of critical services. LED street lighting is cycling with the traffic. New commercial and residential buildings are minimizing their net energy demands during the day, supplying energy at the day's peak. Students from K to twelve access the Internet at lightening speeds. Increasingly, municipal and utility services are phone apps.

In the June issue of Public Utilities Fortnightly, we'll announce and feature the Fortnightly Smartest Communities. Your smart community might make the list. But only if you nominate it by the deadline, which "falls" on March 23rd. That gives you six weeks to send in your nomination.

Why March 23rd you say? That is the anniversary of one of the greatest leaps in history in creating the smart city of today and of tomorrow. It was on March 23, 1857 that the first commercial elevator safely lifted up and returned down.

Three years earlier, Elisha Graves Otis had showed that elevators wouldn't fall, in a dramatic demonstration of his elevator safety brake at the World's Fair in New York's Crystal Palace. Then, at a department store at Broadway and Broome Street, in SoHo, on that pivotal day in March 1857, an elevator carried shoppers up to the floor they chose at forty feet per minute. Before long, the world's cities built so-called skyscrapers equipped with elevators. Pretty smart, for the nineteenth century.

Send your nominations to one of the smart staffers at Public Utilities Fortnightly, Alexandra Revel. Alex's e-mail is arevel@fortnightly.com. Tell us the name of the community - city, county, whatever - and tell us why it's one of the smartest in these United States.

How is it moving aggressively to that Jetsons-like future integrating tech, sensors, data, analytics and artificial intelligence to revolutionize municipal and utility services? How are citizens and local businesses already benefitting from these leaps? And how will they benefit even more as its twenty-first infrastructure gets built out in the next few years?

Many communities will naturally hang back, in the inevitable progression to smart communities. Awaiting cost-benefit ratios that certify more certainly that the investment in twenty-first century infrastructure will pay back many times.