A Case Study in Louisiana

Greg Upton is Assistant Research Professor at the LSU Center for Energy Studies. This piece is loosely based on the recent LSU Center for Energy Studies White Paper entitled “The Future of Solar in Louisiana: An Analysis of the Technical and Economic Implications of Solar P.V. Growth on Louisiana’s Economy and Electric Grid.” This research was funded by the Louisiana Board of Regents. The Southwestern Electric Power Company (SWEPCO) provided industry support. Email: gupton3@lsu.edu

Fortnightly Magazine - April 2019
This full article is only accessible by current license holders. Please login to view the full content.
Don't have a license yet? Click here to sign up for Public Utilities Fortnightly, and gain access to the entire Fortnightly article database online.

While a southern state like Louisiana might not be thought of as a haven for renewable energy investment, until recently, Louisiana had one of the most generous policies for rooftop solar in the country. 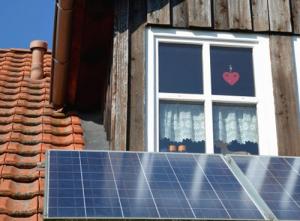 In 2008, the Louisiana Legislature adopted a fifty percent state income tax credit in addition to the prevailing thirty percent federal tax credit. To put this into perspective, a household could install a twenty-five-thousand-dollar solar system for a cost of just five thousand dollars, with the remaining tab being picked up by Uncle Sam and the state government.

Solar customers also had access to a generous rate regime, full one-to-one retail net-metering, meaning they could sell excess power to the grid at full retail rate. Unsurprisingly, solar installations in Louisiana rose from essentially zero in 2008 to today having cumulatively over a hundred and forty megawatts of behind-the-meter solar capacity.

But this growth in solar has been tempered in recent years as Louisiana is undergoing two significant policy changes. First, the solar tax credit has been waned out.

Second, the Louisiana Public Service Commission is currently undergoing a rulemaking that will likely result in a move away from net metering to a two-channel billing regime where solar customers will be paid avoided cost for electricity pushed to the grid in lieu of the higher retail rate, as referenced by Louisiana Public Service Commission Docket R-33929.