State of Power by State

Steve Mitnick is President of Lines Up, Inc., Editor-in-Chief of Public Utilities Fortnightly, author of “Lines Down: How We Pay, Use, Value Grid Electricity Amid the Storm,” formerly an expert witness that testified before utility regulatory commissions of six states, the District of Columbia, the Federal Energy Regulatory Commission, and in Canada, and a faculty member at Georgetown University teaching undergraduate microeconomics, macroeconomics and statistics. He has his own crystal ball on the industry’s future; its forecasts frequently accurate though, alas, not always.

The United States is a country of course. Though it's a collection of states too. In U.S. history the relative authority of the federal government and state governments has waxed and waned. True as this is in so many aspects of governance, it's especially true in utility regulation and policy. 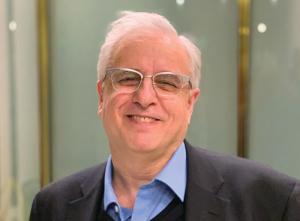 In some periods, what the Federal Energy Regulatory Commission and other agencies ruled, and what the Congress legislated held great sway over our industry. This was the case as recently as the first decade of this century. In this decade, not so much, and less so with each passing year as we approach the century's third decade.

Same with keeping nuclear plants in operation. Ditto with electrification of transportation and actually, everything.

The states are calling the plays on power's future. Which means that in some states, distributed energy for instance, is going this way and in other states it's going that way. Each state has its own characteristic economic, political, and regulatory dynamic. Often policies are night and day on the east and west side of the borders of contiguous states.

You get a taste of this in these pages of our annual State and Future of Power issue. Check out the interviews of the chairs of eight state commissions, that of Colorado, Delaware, Idaho, Illinois, Maryland, Oregon, Pennsylvania, and Wyoming. Among the eight states, there are similarities in approach, sure, but as many differences.

And check out the write-up of our confidential off-the-record panel discussions. Leaders across the states are clearly coping with different dynamics and shaping different solutions.

There are other tasty tidbits in this annual issue. Lawrence Jones, our featured thought leader this year, who heads international programs at EEI, gives us his take on power's future globally. And ten experts from Navigant chime in with what they're seeing in the industry here and abroad.

And, finally, the fan favorite, we report the results of our annual pulse of power survey. What was your take on the state and future of power? It's there, whether your survey response was in the mainstream or contrarian.