Why Some Communities are Smartest

Steve Mitnick is President of Lines Up, Inc., Editor-in-Chief of Public Utilities Fortnightly, author of “Lines Down: How We Pay, Use, Value Grid Electricity Amid the Storm,” formerly an expert witness that testified before utility regulatory commissions of six states, the District of Columbia, the Federal Energy Regulatory Commission, and in Canada, and a faculty member at Georgetown University teaching undergraduate microeconomics, macroeconomics and statistics. Which suggests he’s as smart as a smart city though the PUF staff sometimes has its doubts.

At first, it was smart cities. That was the term that everyone used. Then, some thought leaders complicated the concept, broadening it from smart cities to smart communities. I get why. Utility service territories are typically a combination of urban, suburban and rural. So it's hard to pursue initiatives that primarily benefit urban customers. And it's hard for state government to endorse such initiatives for the same reason. 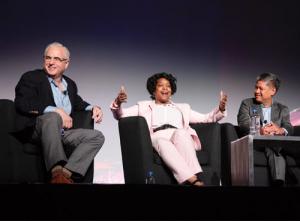 Still, when faced with defining what this movement is about and why it's important, I prefer to go back to the simpler term, smart cities. It, smart cities, is clearer. We can more easily make the case for it. Yes, using the term smart cities rather than smart communities acknowledges, openly, that the benefit will be enjoyed by urban customers primarily. But utilities often invest, and state government often supports investment in some geographical areas — like a transmission upgrade — and then provide balance with projects elsewhere.

And if a city in a service territory emerges as a thriving economic development magnet after becoming smarter — whatever that is, stay tuned — then much of the remaining service territory will likely benefit too. Indeed, whole states gain, if only through greater tax revenues, when their big cities grow and especially when they grow rapidly.

So, smart cities it is, in this column at least. Well then, what is a smart city? Here's my definition, in thirty-one words, focusing on what smartening a city would do, tangibly, for real people: A smart city uses tech and data for faster city services, safer streets, smoother traffic flow, easier parking, more ways to get around, 5G everywhere, cleaner air and water, sustainable energy.

And, with this pretty succinct definition, the question is then begged, why is it important to be a smart city? To answer this one, I just need twenty-seven words: To improve the quality of life and business climate in the city. And to attract the best and the brightest and fastest growing businesses to the city.

So the goal of smartening cities is simply to make them better places to live and work. Which is now within our grasp and even economical because of rapid developments in tech and data.

What does all this have to do with utilities? This is after all the magazine of utility regulation and policy.

It turns out it's essential to involve utilities. The governments of cities rarely have the resources on their own to smarten. They can partner with private concerns, but they too rarely have sufficient resources at scale. Utilities on the other hand, when supported by utility regulators, are fundamentally investment machines that can raise and deploy large quantities of capital in the public interest.

For instance, to hasten the transition to electric buses with the necessary bus charging stations. To install advanced street lighting that illuminates whenever pedestrians and travelers require light and also — on those same poles — smoothes traffic flow, alerts first responders for emergencies, monitors air quality and accelerates digital communications. And to clear the way for widescale adoption of electric vehicles with ubiquitous charging.

And anyway does utility investment in smartening fit within the public service mission of utilities? Though states' public service laws are usually broad, quite intentionally because state legislatures of the early twentieth century understood that electric utilities particularly would become involved in a broad range of projects for the general welfare.

In those early days, electric utility service was enjoyed by the wealthy primarily, to illuminate their homes and businesses. But the utility and regulatory leaders of the nineteen aughts, teens, twenties and thirties had larger ambitions, to light the nation and to electrify a broad range of household and workplace tasks. It wasn't in their nature to say, let's not have utilities provide even more service to the public.

Which brings me to those five communities that we found to be outstanding leaders in the smartening movement. With the support of the Dentons Smart Cities & Communities Think Tank, we chose to honor Austin, Columbus, San Antonio, Spokane and suburban Birmingham in this issue as the Fortnightly Smartest Communities 2019. We cannot wait for the award ceremony that will take place at the Second Annual Global Smart Cities & Communities Summit this August first.

Check out the smarts of these four cities and one suburban community in these pages of PUF. They're not quite on par with the Orbit City of George Jetson in some ways but far beyond in other ways.