Steve Mitnick is President of Lines Up, Inc., Editor-in-Chief of Public Utilities Fortnightly, author of “Lines Down: How We Pay, Use, Value Grid Electricity Amid the Storm,” formerly an expert witness that testified before utility regulatory commissions of six states, the District of Columbia, the Federal Energy Regulatory Commission, and in Canada, and a faculty member at Georgetown University teaching undergraduate microeconomics, macroeconomics and statistics. He continues to receive his home’s electric energy from the local utility though located in a retail competition federal district, D.C..

Each month, here, in this spot, the History Repeats column takes a look back on the large moments in the history of utility regulation and policy. And reflects on the lessons of history for us in the practice of pursuing the public interest in the present and years ahead. 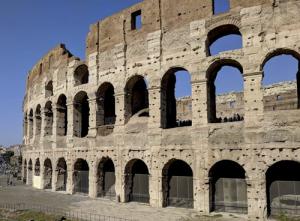 In the decade starting in 1995, twenty-two of the fifty states, plus the District of Columbia, implemented retail competition for supplying electric energy to consumers. But nine of those twenty-two states had second thoughts and returned that responsibility to regulated utilities. Including all six of the western states and two of the three southern states — excepting only the Lone Star State (Texas) — that had initially joined the retail competition trend.

Did retail competition - looking at the differences between the two groups of states — deliver on the promise? Did competition lower electric rates and provide innovative services to consumers? And did it do so without stirring up new problems for them?

The answer to the question about lowering electric rates has been much debated. Reviewing studies by both sides, it appears that if retail competition lowered electric rates from what they would have been under the continuation of traditional utility regulation, it lowered rates only minutely.

That being said, my main argument goes like this. If retail competition really did lower electric rates, then why have the majority of residential consumers resisted signing up with a competitive retailer versus sticking with their incumbent utility to supply them with electric energy? Because, with the exception of Texas, which quite uniquely forced all residential consumers to sign up with a competitive retailer, more than fifty percent of consumers in retail competition states haven't signed up. Despite constant cajoling to sign up by a gaggle of competitive retailers. And heroic efforts by the utility regulatory commissions in those states who have diligently and vigorously urged consumers to go along with competition.

I'm an economist so I eat up studies stuffed with stats on, in this case, rate trends in the thirteen retail competition states versus those trends in the thirty-seven states staying with traditional utility regulation. Hey, I even review the statistical appendices of these studies. Great bedtime reading. Though when we have direct evidence of consumers voting with their feet - demonstrating their preferences — to heck with the studies. If signing up with a competitive retailer was clearly beneficial relative to continuing to receive electric energy from the local utility, then most consumers should have signed up. That they didn't is a meaningful indicator that the benefits — while there may be some — aren't clear cut.

The answer to the question about providing innovative services has been largely neglected, which is vexing to me since this benefit of retail competition was constantly touted in that decade starting in 1995. I remember that. How many times in those days did I hear the story about how the Bell System offered a "choice" of black telephones or black telephones to consumers? As if to say, when retail competition comes to the provision of electric energy as it had to the provision of telephones and telecommunications, consumers will enjoy an explosion of new and exciting products and services.

However there's little evidence of such innovative services being provided in the thirteen retail competition states that aren't being provided in the thirty-seven other states. Options such as demand response, green energy and solar roofs do not appear to be restricted to retail competition states and their adoption is as vibrant in traditional regulated utility states.

For example, in New York, prompted in part by a sensational Village Voice cover story in February 2016 about abuses by some retailers, and complaints by the Attorney General and consumer protection groups, the New York Public Service Commission restricted residential retail competition quite considerably, in actions that were upheld by the courts in 2018. Other retailers admirably supported the new restrictions.

And, retail competition also created a new risk, that ordinary citizens not steeped in a deep understanding of electric energy markets will be unhappily surprised by unanticipated volatility in the bills rendered by the retailer they signed up with. This risk was manifested when energy markets have become temporarily tight, as during extreme weather events.

Which brings me back to the title of this essay, Competition Hard. It is hard, as far as I can see. The benefits of retail competition for residential customers might not be all that much. And this particular variety of competition comes with challenges and risks. The main impact might be that its popularity among the populous has fallen.