Hal T. Nelson is an Associate Professor in the Public Administration and Policy programs at Portland State University and the co-founder and CEO of Res-Intel, an energy analytics software company. He can be reached at: hnelson@pdx.edu

Maine, New York, New Jersey, Colorado, New Mexico, California, and Washington have all passed aggressive economy-wide decarbonization bills. The electrification of transport and buildings is a common element of these decarbonization plans. Figure One shows the dozen or so other states that have greenhouse gas targets, that are joined by hundreds of U.S. municipalities. 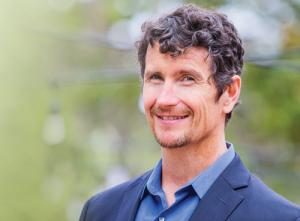 This article explores two essential questions about decarbonization policies. The first is, what happens if we electrify buildings and transport, and then the power goes out for a long time? Risks from long-duration outages are increasing from extreme weather events such as Hurricanes Sandy in 2012, and Harvey in 2017, high-intensity forest fires, and the polar vortex to name a few. Electromagnetic pulses, cyberattacks, and earthquakes round out this starter list of disasters.

The second question is: what happens to vulnerable populations from the financial impacts of other customers leaving the natural gas system? The electric sector has been grappling with this issue on a much smaller scale in recent years with the increased penetration of solar photovoltaics.

This article attempts to highlight some of the logical disconnects and omissions in the current debate. The author has no conflict of interest in this analysis and is strongly supportive of deep decarbonization policies. 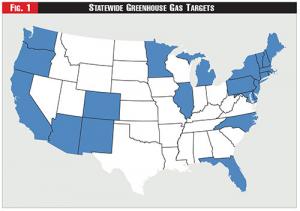 A team of researchers at Portland State University recently completed a report on transportation resilience for a Northwest utility that caused them to re-examine conventional wisdom regarding electrify everything policies.

Several states have made vehicle electrification of light-duty vehicles a priority to reduce greenhouse gas in the sector. The most salient aspect of the current transport sector is its near total reliance on liquid fuels. Electrification brings welcome fuel supply diversity. Increased net social benefits arise from these new fuels, lower prices, and reduced price and supply risks. 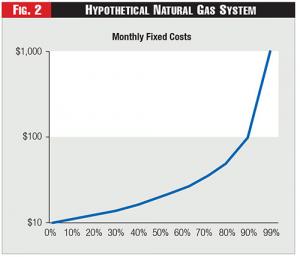 However, a major earthquake or flood can result in long duration electrical grid outage, such as one to three months for a major Northwest earthquake. In such instances, liquid fuel supplies are also at risk from bridge closures and storage depot spills. The likely outcome of vehicle electrification will be a reduced operability of electric and petroleum emergency vehicles.

The implication is that multi-fueling hubs are required for transportation resiliency. These hubs bring the electric highway concept back to its roots, but also include hydrogen, compressed renewable natural gas, and liquid biofuels, as well as EV charging.

The hubs' resilience elements of dual-fuel generators that blend diesel and natural gas extend refueling durations, as well as includes solar and batteries microgrids to island during outages. The microgrids contribute ancillary services during normal conditions.

Unlike light-duty vehicles, the electrification of heavy-duty trucks is less feasible. Most transport decarbonization proposals forecast a large share of liquid biofuels, such as ethanol and biodiesel, in these fleets.

Dedicated biomass feedstocks are assumed to provide this energy. However, the lifecycle greenhouse gas emissions of current biomass fuels such as ethanol and soy-based biodiesel are far from carbon-neutral. Biomass-to-fuel technologies, such as grass-oline, are improving but are not commercially viable yet.

Given these limitations of biofuels, along with limitations of electrification for heavy-duty vehicle applications, the door opens to other carbon-neutral fuels.

The implication from this claim is that renewable compressed natural gas could diversify our transmission fuel portfolio and provide greenhouse gas and air quality benefits compared to diesel. Compressed natural gas vehicles are reliable, cost-effective, and available in dual-fuel models that increase range and fuel diversity.

However, renewable compressed natural gas hasn't been widely considered for vehicle decarbonization programs, due to a lack of renewable natural gas tariffs for the natural gas sector, aside from Vermont's.

Renewable natural gas, such as biogases, from landfills, wastewater treatment plants, or agricultural sources, are what most natural gas distributors are proposing for renewable tariffs. Some jurisdictions have mandated natural gas renewable portfolio standards, such as Oregon SB 98-2019.

To scale up renewable natural gas fleets, two policies are required. The first is to develop available biomethane sources. After years of effort, Denmark is injecting ten percent bio-methane into its gas grid. See, Simon, 2019. Yet, U.S. regulators and environmental stakeholders are all too aware of the limited supplies of biogas.

The second required policy is to scale-up renewable hydrogen through power-to-gas, where electrolysis is used to re-form H20, and the resulting hydrogen is injected into the natural gas system. In the short term, hydrogen can be safely blended with methane up to twelve percent into the gas transmission and distribution system.

Along with transport, the building sector is the largest source of greenhouse gas emissions. The beneficial electrification of buildings has been identified in multiple studies as the preferred approach to deep decarbonization. Farnsworth et al. 2019; E3, 2019a; E3, 2019b.

The city of Berkeley, California recently captured news headlines with its ban on natural gas connections for most new residential buildings. While Berkeley's new construction policy made headlines, the vast majority of greenhouse gas reductions are in existing buildings. Policymakers in states with greenhouse gas targets are pushing building electrification through existing incentive programs. Some examples include:

After decades of prohibitions against fuel switching in its energy efficiency programs, California's investor-owned utilities are finally beginning a push toward electric heat pumps and heat pump water heater incentives.

Electrification reduces the number of customers contributing to the fixed costs of maintaining the gas transmission and distribution system.

This is a well-known, and contentious, problem with the electrical grid. Stanton, 2019, reviews the trend by state regulators to increase demand, or grid access, charges. In many cases, these are driven by concerns of cross-subsidies where solar PV customers - typically higher income households - are being subsidized by other ratepayers.

We have seen significant regulatory conflicts over electricity fixed charges in states where the solar PV generation share is still in the low single digits: imaging the natural gas sector where natural gas demand needs to fall by fifty to a hundred percent to meet climate targets.

Figure Two shows a hypothetical revenue requirement for a gas system from the increased penetration of all-electric buildings on the horizontal axis. It assumes a monthly, fixed revenue requirement of five million dollars allocated across five hundred thousand customers at ten dollars per month. Figure Two shows customer impacts are modest at lower penetrations of all-electric customers but increase exponentially at higher penetrations.

Claim #3: Building electrification will result in higher costs for customers who don't transition off the gas grid.

Financial instruments such as accelerated depreciation of the gas distribution system and securitization of stranded gas assets also are prominent.

There is significant evidence that building electrification, like solar PV, will be adopted by customers with financial and information resources to make the change. The experience with heat pumps in the Pacific Northwest shows that they appeal to higher income, better educated, single family residents. Cadmus, 2016. This means that low-income, elderly, and multifamily customers will be left on the stranded gas system.

The low-income sector is considered hard-to-reach and is riddled with market failures and barriers that we have yet to adequately address. A well-designed and implemented EE program might reach one to two percent of residential customers in a year, but participation is skewed five to one or more toward urban/suburban, single-family, owner-occupied housing. NWPPC, 2018.

The main source of low-income energy efficiency in most states is the Department of Energy's weatherization assistance program that is chronically underfunded with long waiting lists for services in most states.

While nearly one third of U.S. households are eligible for the program, it will weatherize only .002 percent of them per year. Other countries such as the Netherlands and France that are implementing climate policies are planning to weatherize their entire low-income building stock; tens of millions of homes.

Related to electrification, after decades of market transformation efforts, the Northwest has achieved a fifteen percent and five percent penetration of electric heat pumps in single and multifamily residences, respectively. NEEA, 2019.

Claim #4: Transitioning customers from natural gas to electricity with programmatic incentives will not achieve widespread or equitable market adoption.

Worryingly, the electrification of a building requires getting rid of all gas end-uses. Natural gas stoves are strongly preferred to electric stoves by customers. This highlights a host of barriers to electrification. Decarbonization advocates assume engineering solutions will solve the problem.

They point to research like the 2018 Consumer Reports study where nine of ten top stoves were electric. Yet, fuel switching must overcome the status quo bias, endowment effect, and other behavioral laws that make market adoption difficult if not impossible. Kahneman, et al. 1991. Unless electric stoves can stream Netflix, they are not likely to be widely adopted by customers.

While energy efficiency investments might start the race for state climate targets, only regulatory action will get us across the finish line. These include: Banning new gas hookups to eliminate new gas system investment; Reducing operating and maintenance costs by reducing system pressure; and Planned retirements of portions of the gas distribution system.

PG&E is aware of the limitations of targeted energy efficiency and is starting to identify high-priority gas distribution networks for retirement. Retirement implies total gas-to-electricity conversion of existing buildings with gas service.

PG&E and E3's modeling is a welcome exercise in technical cost optimization, yet completely ignores the socio-political implications of mandated decommissioning. The recent conflict between National Grid and its New York customers over denied gas connections are more illustrative of the future.

To paraphrase President Reagan, I'm from the government and here to take your gas furnace, is guaranteed to be an unpopular greeting. Thus far, electrification policies have been developed by financial analysts and engineers with no regard for human effect and interactions.

Claim #5: Electrify Everything is a socio-political effort without precedent and requires new thinking and analytical approaches to be successful.

Rather than a mandate from distant capitals, gas distribution retirements will be politically possible only with buy-in from the grassroots. Our research shows that citizen communication networks and trust in the sponsor of a project are critical to predict oppositional attitudes and behavior. Nelson, et al. 2018. Local social movements and behavioral programs are going to be essential for diffusing building electrification retrofits on the scale required to retire gas distribution networks.

However, history does not give us any cases with which to make inferences. Predicting customer uptake of building electrification retrofits is a techno-social modeling exercise. Computational modeling tools with explicit spatial data that can simulate diffusion behavior and equity outcomes using input from a wide range of stakeholders are required. Nelson, et al. 2015.

We are embarking on a much needed and long overdue re-engineering of the energy sector to mitigate GHGs. Electrify everything is likely to be what to do for decarbonization, but we are far from understanding how to design and implement it.

The new risks that accompany electrification's benefits need to be identified and managed. Risks from long duration electricity outages have yet to be considered alongside electrification.

Deep decarbonization strategies like electrification increase the dependencies among the natural gas, electricity, transportation, and building sectors unlike anything imaginable even a decade ago. The challenge will be for stakeholders to regulate and incentivize across silos with policies that explicitly consider the social and political dynamics of the coming energy transition.

References can be found at: http://bit.ly/PUF_Nelson