Reaching Climate Goals via Electrification Requires Foot on the Accelerator

Dr. Jurgen Weiss is a Principal at The Brattle Group. He is an energy economist with 25 years of professional experience focusing on the intersection of energy and environmental issues. He spearheads Brattle’s deep decarbonization and electrification efforts. A native of Germany, Jurgen holds an MBA from Columbia Business School and a PhD in Business Economics from Harvard University.

Mr. Michael Hagerty is a Senior Associate at The Brattle Group with experience in analyzing electrification, renewable and climate policies, transmission benefits, and wholesale electricity markets. Mr. Hagerty holds a M.S. in Technology and Policy from the Massachusetts Institute of Technology and a B.S. in Chemical Engineering from the University of Notre Dame.

Fortnightly Magazine - February 10 2020
This full article is only accessible by current license holders. Please login to view the full content.
Don't have a license yet? Click here to sign up for Public Utilities Fortnightly, and gain access to the entire Fortnightly article database online.

Several countries around the world and cities and states in the U.S. have set ambitious decarbonization goals by mid-century. Such a transition away from carbon emitting fuels and toward clean energy resources requires major transformations in the power sector as well as the transportation and building sectors. 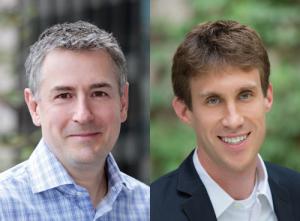 While there is much uncertainty about how to achieve these goals, the electric sector is poised to play a central role. Rapid advancements in electric vehicle technology, a growing number of EV models available, and declining costs currently make EVs the most likely — and least-cost — option to decarbonize large portions of the transportation system.

For those types of transportation where batteries likely will not be sufficient — such as long-haul air travel and shipping, and perhaps long-haul road transport — indirect electrification may well play an important role by, for example, using electricity to produce hydrogen fuel via electrolysis.

Similarly, electric heat pumps will likely play a significant role in the decarbonization of water and space heating and, similar to transportation, electricity may also be used to derive carbon-neutral replacements for the current natural gas, oil, and propane used in heating applications.