Mark Kolesar is the retired Chair of the Alberta Utilities Commission.

Ahmad Faruqui is a principal with The Brattle Group. He is an energy economist whose career has been devoted to pricing innovations. He has designed and evaluated a variety of pricing experiments in the U.S. and abroad and maintains a global database of more than three hundred tests of time-varying rates. Faruqui has testified on rate-related issues in several jurisdictions and presents frequently on tariff reforms.

Fortnightly Magazine - September 2020
This full article is only accessible by current license holders. Please login to view the full content.
Don't have a license yet? Click here to sign up for Public Utilities Fortnightly, and gain access to the entire Fortnightly article database online.

Many know Alberta for Banff National Park, the oldest in Canada, but also important it is known as Canada's energy province. That's because the energy rich province is the nation's largest oil and natural gas producer and ranks second in installed wind capacity. The crude oil comes mostly from oil sands, and there is also coal, hydroelectricity, and biomass. 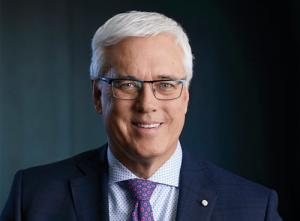 That kept Alberta's top regulator, Mark Kolesar, busy as evidenced in a July 2019 interview here in these pages, pre-pandemic, when the PUF team traveled to CAMPUT, the gathering of Canadian regulators, akin to NARUC. Newly retired, it seemed like a good time to check in again with Kolesar, from a province that produces over sixty percent of Canada's energy.

Fortunately, The Brattle Group's renown economist, Ahmad Faruqui, did just that, in an engaging interview with Kolesar. Enjoy this wide-ranging look at regulation of our neighbor to the north.

Ahmad Faruqui: Mark Kolesar was at the Alberta Utilities Commission for a dozen years including six years as Vice Chair and two years as Chair. I have had the pleasure of knowing him for several years. He has recently stepped down from the Commission. I thought this was a good time to ask him a few questions.

During your long tenure at the Commission, what have been some of the salient changes in the nature of regulation?