A derecho is defined as a line of intense, widespread, and fast-moving windstorms and sometimes thunderstorms that moves across a great distance and is characterized by damaging winds. That line of text appears to minimize, however, the intensity and destruction that a derecho can produce, and such was the case recently in Iowa. 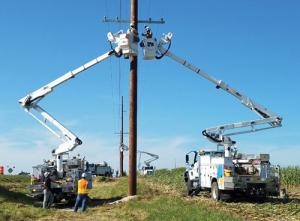 The Iowa derecho, profiled here, hit largely without warning, a hallmark of such storms, and swept across that state with such ferocity, that disaster proclamations were issued from Audubon County in western Iowa to Scott County some two-hundred fifty miles away in eastern Iowa. During the storm, wind speeds reached one hundred and forty miles per hour, which the National Weather Service noted makes the 2020 derecho a once in a decade storm.