President-Elect Joe Biden has pledged to confront the climate crisis head-on. His "Build Back Better" plan calls for two trillion in spending on clean energy, infrastructure, transit, and more. Climate change is one of his administration's top four priorities, along with the pandemic, the economic recovery, and racial equity. 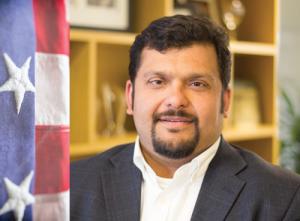 That has elevated some big ideas, from rejoining the Paris climate agreement, to moving to a zero-carbon power system by 2035, to ramping up deployment of electric vehicles. Still more ideas are being piled at the president-elect's door, with an abundance of experts sharing "The Five Things Joe Biden Can Do" on climate, the "9 Things" even — not to be outdone — the "41 things Biden should do first on climate change." Investors Jeff Tannenbaum and Jigar Shah are collecting others through the CLEEN Project.

These big commitments, and the big ideas and conversations they've sparked, are crucial to restoring America's leadership in solving this global challenge and realizing the associated economic opportunity.

Achieving a U.S.-led clean energy future will provide a prosperous, equitable, more resilient economy, and generate millions of well-paying reliable jobs — particularly for the rural families, low-income workers, and communities of color that missed out on the fruits of the decade-long recovery before the pandemic.

As such, the incoming administration has promised to make investment in clean energy and climate change a priority for every federal agency, and this bounty of game-changing ideas will be critical to success.

Even before Biden's election victory, nearly three dozen of the country's largest electric utilities had already pledged to go carbon free by 2050. Yet at the same time, the U.S. is set to open nearly two hundred natural gas-fired power plants — many built by the same utilities pledging to zero-out their greenhouse gas emissions. These dueling multi-billion-dollar initiatives — to go carbon neutral, to build natural gas generating capacity — are fundamentally at odds.

This contradiction highlights a tension pervasive among not just electric utilities, but also across government from state Public Utilities Commissions to the Federal Energy Regulatory Commission to the White House. Big ideas are necessary but not sufficient without the processes to screen, evaluate, and elevate those that are most impactful, to navigate federal versus state level jurisdictional conflicts, coordinate execution across agencies, ensure legal rigor — and ever more critical — chart politically durable pathways to make sure they become reality.

Without investment in a robust process, high impact but less attractive opportunities will be undervalued. For example, the federal government represents more than twenty percent of the U.S. GDP, and is the single largest source of emissions in the country, but efforts to reform procurement and sourcing practices have received relatively little attention.

Indirect climate strategies, such as digital customer engagement, is often left out of comprehensive climate investment strategies, even though they have the potential to double the uptake of energy efficiency and demand response programs.

No doubt the transition team understands the scope of this challenge. While, at the time of this writing, there has yet to be confirmation, the president-elect is expected to name a climate coordinator, or an Office of Climate Solutions, to oversee climate-change efforts at the cabinet level. This individual will be well positioned to lead the development of a common process, evaluation framework, and toolset throughout the administration, and ensure high-level public engagement.

It's promising that former Obama administrators are being considered for the role and can bring their experiences under the American Recovery and Reinvestment Act, and the rigorous processes it required to the table.

However, that effort was both of a smaller magnitude and subject to less complexity. To effectively build and execute the most effective climate strategy given the administration's design objectives and manage constraints, the process will need to be expanded to more explicitly evaluate and communicate policies and investments.

Establishing chief climate officers at every government agency, with reporting relationships to both agency executive leadership and the White House climate coordinator.

Expanding upon the key metrics of energy savings, greenhouse gas avoided, and jobs created, to include equity and inclusion goals, making sure the benefits reach the pocketbooks of disadvantaged communities of all types, urban and rural.

Incorporating more non-climate related benefits, such as what the EPA includes for environmental health, or other agencies include in leverage of private sector investment to boost competitiveness and an industrial policy to support U.S. manufacturing companies.

Securing input at all stages from a broader expertise and sectoral background, including the private sector (such as cleantech companies, utilities, and entrepreneurs) and state and local voices, in addition to the academics, consultants, and advocacy groups that led in the Obama administration, in order to streamline the process of aligning with those interests and priorities, and maximize private sector investment.

Providing systematic, transparent, upfront consideration of political viability of policy approaches and investments, replacing the conjecture of pundits with a clearer understanding of who supports particular efforts, and why, opening the opportunity for political, not just policy, innovation.

Developing a portfolio of solutions that both represents the breadth of the opportunity across sectors and communities and identifying and hedging risks through diversification. Importantly, all solutions, including those potentially implemented by state and local governments and overseen by state-level regulators, should be included in the process, with an understanding of how the federal government might support these governments without supplanting their authority.

Most, if not all, of these practices have been leveraged by individual federal agencies in the past, but never coordinated across all agencies in a clear, comprehensive, and consistent way. In fact, it was never necessary in the past, given the nature and scope of previous challenges our country has faced.

While the climate crisis provides ample consternation, the opportunity to address it at the same time as our economic, infrastructure, and equity/inclusion challenges has resulted in it being elevated as a top priority for the federal government. That prioritization requires, and also enables, this coordinated approach.

Much of this should be familiar to utilities and regulators. Utilities excel at creating and running organizational processes, but struggle to coordinate across siloed organizations, business processes, and key performance indicators. These legacy challenges, taken together, create critical inefficiencies and, in some cases, outright roadblocks to solutions.

Utilities and state regulators would be well served to proactively and constructively advocate for, contribute to, and more broadly engage with the federal government in its effort to invest in a sustainable energy system.

Beyond simply providing important experts and insights to the administration, these stakeholders can gather key insights while developing more comprehensive, aligned, and transparent processes for their own decision making on climate solutions and investments. This would empower utilities to close the gap between their ambitious pledges for carbon-free services and their integrated resource plans.

Confronting the climate crisis is America's contemporary moonshot. While the space race launched by President Kennedy and won under President Nixon largely involved the work of just two agencies — NASA and the Defense Department — reining in U.S. greenhouse gas emissions, slowing climate change, and generating millions of jobs under President Biden will require the work of every federal agency, plus the states and electric utilities.

The great ideas are the fuel, but it's the processes that will drive the federal, state, and local policy engine (or perhaps more appropriately, electric motor) to get us there. It might be less exciting than talk of Paris or a clean energy standard, but it will deliver even more impact.