Paula Gold-Williams is the CEO of CPS Energy.

It isn't just Public Utilities Fortnightly that reaches out to Paula Gold-Williams for her views on everything from leadership in the utilities industry to addressing the growing demands of utility customers to building an innovative culture in a large workforce. 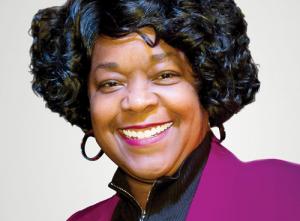 You might have seen, for example, the recent article in the Wall Street Journal entitled, "Why Are There Still So Few Black CEOs?" that discussed the experiences and accomplished careers of a few senior leaders including Paula. Here, the PUF team sat down with her, in this instance to hear about innovation San Antonio style, at CPS Energy.

PUF's Steve Mitnick: Why is innovation important at CPS Energy?

Paula Gold-Williams: I've talked to our organization about innovation a lot. We're already in an energy evolution. It's been in process for a long time. I've been at CPS Energy for sixteen years. When I came in, our service was good. We have a diversified portfolio. We would build capacity and understand that the community would grow into it.

I learned the ABCs of the industry. That said, we had been in wind for years; now we've been in wind for twenty years. At the time people said, solar is never going to take off. People would say it's too expensive, it's intermittent, you can't integrate it in the grid, all these things. However, people kept investing, and we kept thinking, how do we improve it?

What I say is, we have to increase efficiency and reduce the price. That's part of the innovative thought, and it's occurring. Energy storage has come so far, particularly ion batteries, but we are students at CPS Energy. We're students of innovation.

Before COVID, we would travel across the nation and the world to see and talk to people about what we studied, different types of chemistry for energy storage. It's critical we think globally and act locally.

The problem in the industry, in this evolution is, sometimes people believe we can do things that we can't do. That's like running the city constantly 24/7, 365 on solar. We cannot do that.

We know there are a ton of people who are trying to make real solutions. Our ideology doesn't precede us. We want real innovation to take hold and we want products to go from ideation, to demonstration, to scale.

PUF: How do you build and maintain sustainably and innovative culture at your workforce?

Paula Gold-Williams: We don't assign somebody, or a team of people to innovation. We're trying to get the organization as a whole to embrace innovation. Culturally, we need to embrace change, and understand and accept things that have happened. We need it to be in our mind. We need people to release their own creativity.

To foster that, we put people in team environments where we can let a group of people explore. We run competitions to seek innovative solutions. Pre-COVID, we have opened these competitions to the public. We invite our employees to watch and see what people are doing outside the company.

Sometimes we run these competitions inside the company, from the perspective of getting them to think through how can we do things better and what should we be looking at? It's almost like a mini shark tank. We can try that format to see how we can better serve San Antonio.

We want to make sure we're putting innovation in our smart city strategy so that we understand how people are using products and services or want to use them in their home. But we also want to change how we generate power, and how we optimize our systems.

We keep saying over and over again, nobody can own innovation because it's making sure it's the biggest social experiment and nobody's locked out of it. Anybody can do it. I saw a video of a robot doing a perfect somersault. I realized every job can have some level of AI and physical influence in it over the long run, depending on how we do it.

We study consequences of not embracing change and we study the benefits of organizations that have been able to keep evolving. We pay attention to human behavior. What do people believe? What do they think can be done? Innovation here is a participation sport, not a spectator sport.

PUF: How do you bring the different generations together while working on new and innovative thinking and accomplishment?

Paula Gold-Williams: One of the major statements we make is our perspective to blend the tried and true with the new. We find it's important from many dynamics.

Twenty years ago, everybody said solar was never going to work. Today, we have six hundred megawatts of solar. We were early in those technologies. They're commodities more today than they were twenty years ago or almost ten years ago.

We don't have to make it the cheapest, because we can blend done right and done well with optimal timing. We can blend in investments into that technology a little bit earlier than most. As long as we blend it in with other technologies that are at the core, then you end up with a huge and wonderful value proposition for your customers, but that's true also for talent.

When I first got recruited, the team was looking for talent. I got in the energy industry as a fluke. If you didn't join the industry early, they didn't want you, but we needed to bring in some people who think differently.

I was in the food service industry at the time. I was a different person. When I came in, my people thought, well, she's the fluke. They're not going to do that again.

Why would they bring somebody who is too talkative? Then they would say, well, I want to hire some more people and I'm looking for people with energy experience. I said, well, that's kind of hard to do when we're the only energy utility in the city.

The more you can be ready for dynamic change, the more you can help your customers. But we also say, can we come in the industry and learn how to do it, so we have this tried and true value proposition and you can understand it.

We're still a service company, even with all our work as an infrastructure company. We're the oldest energy utility in the state of Texas. We've been around for a hundred years. There's some element of knowledge that comes with that history.

People say, I'm going to save the world. If we were building the city today and there was nothing there and you could get the desired projects, take your time, create perfection, and plop people in the middle of it.

They would say that would be perfect, but the world is built. We're the seventh largest city in the U.S. and we have to reconstruct for the future. It has to be done in a way that's not so disruptive that it makes it too expensive to afford, but at the same time be mindful of avoiding that rate shock.

It's smart to be knowledgeable of where you came from and what you have today, and constantly be in a learning mode to think about how you can do things differently and better. Your people strategy should follow that same integration and optimization of talent.

You can pull each other together. You can ground someone who doesn't really understand. It's hard to make that change. It's not just about plopping in new talent, it's how do you convert their experiences to their new work environment.

That's why I would tell the new people, you need the people who've been here, because they're going to tell you how you can get started quicker, faster, and safer. With all of those things I've tried to make sure that everybody understands the real value that each person brings to the table.

PUF: What are some examples of exciting innovations you've undertaken and seeing fruits from recently?

Paula Gold-Williams: We study a lot. Years ago, we were looking at a project where we were going to be able to capture carbon. That's been a big controversy and we're still not where we want to be, but it was innovative.

There was where the carbon was going to be sequestered or potentially put into an agricultural process by making use of it in a particular way. That was extremely exciting to me because energy companies are figuring it out, particularly the utility industry companies.

We are figuring it out, but we believe everybody should be at the table. We believe that the oil and gas industry has a place in the evolution of how to change their processes. They shouldn't be discriminated against and excluded, but invited to the table to invest more into their innovations so we can get to net zero carbon together.

The agricultural industry is also huge in terms of this. This was ten years ago. But I love the fact that's the way that we partner. Now, we're watching other technologies like hydrogen. The real challenge is when you're early on in the development of these things, it's usually extremely expensive and difficult for single independent work. That's why we believe in partnership.

That's why we reach out to the Department of Defense and the Department of Energy and other partners. Those partnerships are exciting, but they're going to continue to need to have many parties at the table, not singularly able to do a project, but collectively able to optimize the technology.

Once you do that first breakthrough, that first great project, it feeds itself and evolves those processes. At the same time, not forgetting about smart cities, we learned that when you want to create intelligent lighting that responds to how people move about your city and is able to adjust quickly to all types of things, it takes more effort than we thought to do smart lighting across the seventh largest city in the country.

So, we're investing in it. We've been working with our partners like Itron that are in the sensor business and tech metering business, as we watch them evolve and think about how to make this all creatively happen.

You watch these companies that say, I don't know how we're going to do it, but we're committed. We want to get under that and do the work. We don't want net zero carbon in San Antonio and then we go buy carbon centric power off the market. It's being done by a bunch of others. We want to work. We want the innovation, partnership, and results to be honest and clear.

We want the results to be that we know we can control carbon emissions, but everybody's at the table solving that with you. If you're doing that, you're looking at how the transportation industry is going to be a huge psychological challenge.

How do you make that happen? We look at it like an ecosystem that's under an evolution that requires everybody at the table to think about, how do you push real change? That's not rhetoric, but real change.

PUF: What's most rewarding about that for you?

Paula Gold-Williams: A lot of people get frustrated because they think of change and they think of innovation as something you just dial up or that somebody is controlling it and it's a secret from you.

I believe that station is open to everyone, and I love that a municipal entity in San Antonio, Texas can create momentum across the globe. You can put your real solutions out there for people to join you, and you get to drive that evolution. You get to be a part of it. You're not a spectator.

We put out this global request for information for the FlexPOWER Bundle. Initially, we didn't make it to RFP because with COVID the talent a