Steve Mitnick is President of Lines Up, Inc., Executive Editor of Public Utilities Fortnightly, and author of a new book, “Women Leading Utilities, the Pioneers and Path to Today and Tomorrow,” and before that of “Lewis Latimer, the First Hidden Figure” and “Lines Down: How We Pay, Use, Value Grid Electricity Amid the Storm.” Mitnick was formerly an expert witness in proceedings before the utility regulatory commissions of six states, the District of Columbia, the Federal Energy Regulatory Commission, and in Canada, and a faculty member at Georgetown University teaching undergraduate microeconomics, macroeconomics and statistics. 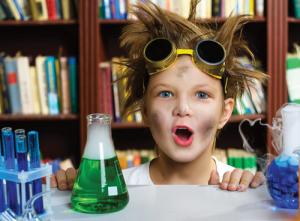 And ask yourself this question. Who produced the biggest breakthroughs in decarbonization? Again, is she or he or them at your organization or one you work with? There you go. Nominate that individual or team.

Nominations will be scored based on how distinctive the work of the innovator is, on how much the innovation can be expected to impact the industry and the public interest, and how far along is the accomplishment toward making a real difference. The scoring will be done by a panel of respected experts of PUF member organizations.

The last three categories for you to consider nominating coworkers concern breakthroughs in technology, in customer service, and in accelerating electrification. Are there outstanding innovators within your utility, commission, agency, association, firm, or company in these critical areas? Then, you know what you gotta do.

Send in a nomination to highlight and celebrate their achievements in PUF's beautiful cover feature on innovation this fall. Your nominee might be named the Fortnightly Foremost Innovator for one of the ten categories. Or she or he or them might not ace the top honor in the end. But fear not. Every qualifying nomination will receive some recognition in PUF's special innovation issue this fall as is our tradition.