Old Insurance Policies Could Be Worth Their Weight in Gold, Part 1

Christopher Yetka is the Chair of Larkin Hoffman’s Insurance Recovery and Advice Practice Group, based out of Minneapolis, Minnesota. He is a Fellow of the American College of Coverage Counsel, and a former Chair of the Insurance Coverage Litigation Committee of the American Bar Association.

State environmental agencies continue to discover long-hidden contamination around the country. Contamination may turn up after dredging activities, ground water sampling or new building projects on redeveloped sites. When these discoveries are made, those agencies begin the process of finding the source of pollution, which may require historical research on old uses of the surrounding properties. 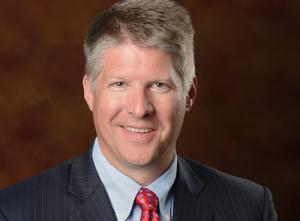 In recent years, that research has led governmental agencies to target energy utilities for contamination going back decades or even to previous centuries. The discovery of these old contamination sites and the notice of an obligation to clean them up, causes a cavalcade of problems and issues to be solved.

You have received a letter from a state governmental agency identifying your company as a potentially responsible party relating to contaminates at a local site. It turns out that way back, past the collective memories of anyone presently working, your utility operated a manufactured gas plant using coal, coke, and water to create manufactured gas.

Back in the early to mid-1800s manufactured gas was a wonder, the precursor to propane and natural gas, and a readily available energy source for cooking, lighting, and heating water. One problem with manufactured gas is that it produces coal tar, which breaks down into a number of potentially harmful hydrocarbons, including benzene, toluene, and naphthalene.

Furthermore, in the nineteenth century, modern environmental handling and disposal practices were not in place. That means these by-products were often dumped into the soil or pumped into nearby bodies of water with no concern about their long-term effects.

The ancient age of these facilities makes it unlikely that there will be contemporaneous records of the operations or insurance at the time. Without the ability to quickly find contemporaneous insurance policies, what is a utility to do?

Some utilities have old warehouses and can find very old policies. However, that is clearly the exception rather than the rule. Most utilities do have at least some long-term employees who may have knowledge of the insurance program. Those individuals should be identified and interviewed.

Insurance policies often follow a fairly standard form. If an actual policy cannot be found, it may be reconstructed from the testimony of a witness who can describe the nature of coverage, the policy limits, and the identity of the insurer.

Old liability policies are almost always written on an "occurrence" basis. That means that even though the policy period has expired, there can be coverage under those policies for a new claim if a triggering event occurred during the old policy period. (Depending on the language of the policy, damage, accident, event, etc.)

Insurance brokers and agents often retain old insurance policy information, and can be good sources of information, even if they don't still have the paper. The business records of the utility may reference insurance information even if the policies themselves cannot be located.

Examples of helpful business records include the day files of key legal and insurance personnel, annual reports, and board or committee minutes.

Governmental agencies and regular business partners — such as railroads or other common carriers — may also have required that certificates of insurance be provided.

Utilities have an additional advantage in this search. Many utilities obtained their liability insurance though industry organizations. One example is EBASCO (the old Electric Bond and Share Company) Risk Management Services, that worked with Price Forbes, Marsh & McLennan, and other brokers, to offer standardized insurance policies issued by Lloyds of London, including Excess Liability Insurance that covered "all sums" the insured "shall be legally obligated to pay resulting from any trade or business."

These policies are extremely helpful in that they go back to the 1940s and are standard in form. Evidence of these policies is also maintained by Price Forbes. While the cost of having Price Forbes research these old policies may not be cheap (ten thousand to twenty thousand dollars is not uncommon), finding even one policy can more than make up for the cost. Finding these early policies is particularly important because most insurers started inserting exclusions in their polices for pollution in the 1970s.

Brief History of Pollution Exclusion: Coverage for Nothing

The newly-founded Insurance Services Office published the first pollution exclusion — now referred to as the qualified pollution exclusion — in the early 1970s. It started to show up in insurance policies around 1973. That exclusion excluded long-term events, but still provided coverage for damages resulting from sudden and accidental events.

In the 1980s, a more restrictive exclusion was instituted and referred to as the absolute pollution exclusion, which is found in most policies today. This is important because if you have a claim stemming from contamination, you need to find insurance coverage that pre-dates the 1970s and 1980s or you run the risk of having your insurance policy exclude most or all of the claim.

While some insurers did offer specialized pollution legal liability policies after these exclusions began to appear in the standard commercial liability policies, most utilities did not purchase these specialized policies because they were written on a claims-made basis, meaning they only covered claims brought in the covered year. The costs of the policies went up significantly each year if you wanted to secure coverage for occurrences that pre-dated the policy year by any significant amount.

Notice is Important: Early and Often

A claim has come in. You have located potential coverage and the coverage doesn't have a pollution exclusion. All is not well, yet. You need to put your insurer on notice as soon as reasonably possible.

Different policies have different notice requirements. Some require notice within a certain time frame of when you became aware of the claim. Some, including the EBASCO policies, require notice as soon as practicable.

This is important, because if you do not provide notice to your insurance carrier in a timely manner, it can preclude your claim. Some states hold that late notice will not preclude coverage unless the insurance company is prejudiced by the late notice.

However, given the cost of clean-up, late notice can provide a good argument that the insurer could have taken steps to minimize the loss had it been notified earlier, so it is important you act as quickly as possible.

The environmental investigation is just the start when a utility receives an unexpected environmental claim. At the same time, there should be a concerted search for historic and often ancient insurance information.

That process will include a review of corporate records, interviews with employees, and reaching out to past insurance brokers and agents.

The effort may also include hiring a third-party insurance archeologist or in the instance of Lloyds of London policies, hiring a historic broker like Price Forbes to research the historic insurance.

Once that information is found, it is equally important that the insurance company or companies be put on notice of the claim. In my next article, I will discuss what happens after the insurer is put on notice, the legal landscape, and what the typical process looks like in pursuing a claim against the insurer.