It's November. Therefore, it's our time for conferences. 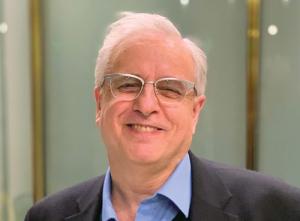 In a seven-day period that starts this week, the utilities industry holds three of its most important conferences of the year. The annual meetings of the Association of Edison Illuminating Companies and NARUC and the annual financial meeting of EEI will take place back-to-back-to-back. Which could be backbreaking for the PUF team. But we will make our way to all of them.

This marathon of meetings begins in Palm Beach, Florida where the association founded by Thomas Edison in 1885, AEIC, gathers so many senior electric utility officers. AEIC has always been committee driven and there's nothing that compares with the power generation committee, power delivery committee, and the rest for discussing which technologies and strategies are working well and which aren't.

Three days after AEIC finishes its annual meeting, on the seventh of November, next Sunday, the NARUC and EEI events commence, simultaneously, though over a thousand miles apart. In Louisville, Kentucky, the NARUC annual meeting begins in earnest at 5 p.m. with the welcome reception. Thirty minutes later, in Hollywood, Florida, the EEI annual financial meeting begins at 5:30 with its welcome reception. As you can see, it will be quite difficult for me to make it to both.

Some years, as in this year, the NARUC annual meeting and EEI annual financial meeting have taken place at the same time and at locations distant from each other. But these circumstances didn't stop the legendary David Owens, retired executive vice president of EEI, from attending both, rushing from one to the other, seemingly during a conference coffee break.

At the NARUC annual meeting, the PUF team is especially looking forward to the opening session on next Monday, the eighth of November. That's when the election of NARUC officers will take place, which is always enriched by some humor. Spoiler alert, first vice president Judy Jagdmann has the inside track to follow Paul Kjellander's term as NARUC's president.

The major NARUC committees also start working on that Monday, including the committee on electricity, committee on energy resources and the environment, and committee on gas. Their proceedings continue through Wednesday, with some general sessions mixed in, most notably one on the uber-important FERC-NARUC task force on electric transmission.

At the EEI annual financial meeting, the PUF team is especially looking forward to the opening session also on next Monday. That's when EEI puts onto the stage several of the industry's top leaders. And we're looking forward as well to the formal company presentations on the next day when utility execs outline their financial performance and strategies.

The meetings marathon concludes that Wednesday, the tenth of November. We will surely have a haggard PUF team by then. So perhaps we should take a day off on that Thursday. Which would be perfect timing. Because, that Thursday, the eleventh of November, is a special day for the utilities industry. It's Samuel Insull's birthday.

Insull's last years were filled with controversy. When Wall Street crashed in 1929, the enormous electricity sector collapsed too, and its most renown exec became the target of media and politicians' ire, including Franklin Roosevelt. Before long Insull was the target of prosecutors, for financial misdeeds never proven, and was brought back from abroad to face trial.

Most historians have concluded Insull was innocent though naïve about the questionable machinations of his underlings. And history clearly credits Insull, who began his career as Thomas Edison's secretary, with inventing our brilliant system of utility regulation.

He did this on the seventh of June in 1898. From the podium of the annual convention of EEI's predecessor, the National Electric Light Association, Insull proposed to the captains of the electricity industry that they allow state regulators to set utility prices and practices, rather than themselves. In exchange, a state would carve itself into utility service territories and within each, franchise just one utility to distribute electricity there.

You can imagine the boos that came from that well-heeled audience in Chicago. There was contempt for Insull's proposal from virtually every quarter, not only from the industry's bigwigs. But nine years later, amidst a financial panic, many of the key players rethought their positions. And on the ninth of July in 1907, Wisconsin regulators became the first to implement Insull's regulatory compact. Massachusetts and New York quickly followed suit.