Nebraska is unique in that it is the sole state in the nation served only by consumer-owned electric utilities, including public power, and so its electricity is regulated by the Nebraska Power Review Board, not the Public Service Commission. But like much of the nation, decarbonization is on the agenda at public power. 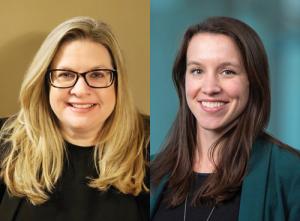 PUF found out more about what is going on, by talking to industry experts from the Cornhusker State's largest city, Omaha, and the state capital, Lincoln.

PUF's Steve Mitnick: Megan, give a quick overview of OPPD with this massive project.

Megan Walker: We are building two new natural gas generation facilities. One will be called Standing Bear Lake Station, in Douglas County, Omaha. Our second one is Turtle Creek Station within the city limits of Papillion in Sarpy County. 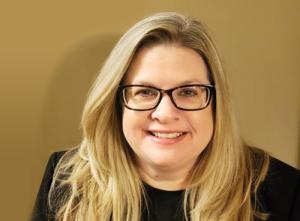 Megan Walker: These two new gas generation facilities are going to be peaking stations. They’re only going to operate and run for market conditions, which we anticipate being 5 to 15% of the time.

We've been working over the last couple years to site the locations, and we've done that. We've gone through the Nebraska Power Review Board. That's a step we need to take as a public power entity to get approval to build those two new generation facilities. We got approval for that last fall, in 2020.

Over the last year, we've spent a lot of time doing contract negotiations, selecting our major equipment, which included reciprocating internal combustion engines for our Standing Bear Lake site. Those will be coming from a company called Wärtsilä, and then for our Turtle Creek Station, we are selecting two simple cycle combustion turbines from Siemens Energy.

A couple months ago, we signed a contract with Zachry Group, for the engineering, procurement, and construction for both sites. That includes the design and construction. We are working with HDR as an owner's engineer paired up with OPPD through this process. 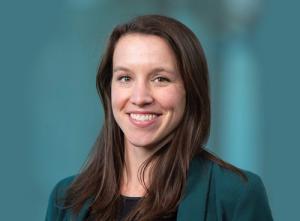 PUF: This is with natural gas plants and solar. It's almost an integral combination. How did OPPD conceive of a project of doing all this together?

Courtney Kennedy: OPPD has been on a significant journey of generation changes. It started with our ceasing operations of our nuclear facility. Adding significant amounts of wind, nearly at a gigawatt. The board made a commitment to cease our coal operations at our oldest coal plant, North Omaha Station.

As we've had those significant changes, we were also experiencing growing load. We're fortunate in that sense maybe versus other parts of the country, but it brought us to, we need to look at the next portfolio, a generation portfolio change. As our resource and system planning groups did that, we needed to balance three legs of our mission, affordability, reliability, and environmental sensitivity, along with resiliency.

There is a significant effort underway to model what was the best way to move forward in our generation portfolio. It's allowing us to transition some of those coal assets, but it also sets us up to get ready for the decarbonization future, as we're also on that trajectory.

PUF: The sun's not always out for those solar panels. How is this all going to coordinate with peakers and maybe more of a combined cycle asset?

Megan Walker: Both of these two new gas generation facilities are going to be peaking stations. They're only going to operate and run for market conditions, which we anticipate being five to fifteen percent of the time.

Sometimes they'll support when renewables are maybe not on the grid. Other times they're there to provide that resiliency and reliability during extreme kinds of weather conditions, like when we had our worst storm on record in terms of outages this past July, or during extreme summer heat. Those are times peaking stations are called to duty.

PUF: Courtney, as Megan described the gas plants, the locations were already planned, but where's this solar going to be?

Courtney Kennedy: As mentioned, we're on the journey up to six hundred megawatts of solar. We did a request for proposal, quite a large-casting RFP within the state of Nebraska in November of 2019, seeking out projects in the state.

When we look at solar, there are key characteristics that are different than wind, which we have a lot of experience with. It's on during our peak. There are some grid services solar provides.

We had a specific look at what's in the market in terms of power purchase agreements. Where are these projects in terms of their development, and how are they going to fit into this changing grid?

At this point in time, as we've announced publicly, we have an eighty-one-megawatt facility. That first piece of the six-hundred megawatts will be in the west part of our service territory in Saunders County.

That project is underway. It'll start construction over the next year. It'll be online in 2023.

Part of the challenges we have seen is this backlog for interconnection. There are many projects out there, but they're waiting in a line essentially to interconnect to the Southwest Power Pool. This is a national problem not unique to our projects or SPP.

That has been a new paradigm for OPPD sourcing renewable projects, presenting risks we have not previously encountered.

We saw the solar market being challenged, from demand, sourcing origins in China, and the pandemic.

As we encountered these challenges, we decided this past summer, to pause and to determine the best path forward in the remaining portfolio of solar. How do we mitigate generator interconnection risks? How do we mitigate some of these sourcing and delivery timelines we're seeing? We're in the process of figuring out where those projects will be.

PUF: How did this project get started?

Megan Walker: Courtney and I were both in our Energy Production and Nuclear Decommissioning division. We've since transitioned into Systems Transformation division and our Utility Operation division, respectively.

That's a recent change, from when we took off on this Power with Purpose initiative, and it's a cross-functional team. We have members from Utility Operations, Systems Transformation, Regulatory Affairs, Economic Development, Transmission and Resource Planning, and Engineering.

There are many facets to these types of projects. We take different aspects and components of it. But we also work together looking at it from a big picture.

PUF: How did you two come to OPPD and what do you do there?

Courtney Kennedy: OPPD serves thirteen counties in Southeastern Nebraska with about three hundred eighty five thousand customer accounts or around eight hundred fifty thousand people. We have a significant portion of folks that we serve primarily through retail sales. It's little different across the state. Some is wholesale, but we're mostly on the retail side.

I've been at OPPD for about eight and a half years. My background is mechanical engineering and I have an MBA as well. I started in our Operations Analysis Group, which was looking at the process improvements across the company from a system's perspective.

I spent about five years there, and also served in a couple of strategic initiative teams, looking at the future and how do we serve our customers, including topics such as electric vehicles and solar.

That was a great pivot into this role, which is now the Alternative Energy Program. I manage this group and have been here about three and a half years. As I stepped into this, we had a lot of wind, but we were starting to say, what does solar look like?

About a year in is when we said, we're going to take a big step into solar with the Power with Purpose project. This project has been a big focus for my team.

Megan Walker: My background is bio-med with an emphasis on the electrical. I have a master's in electrical engineering too, but I started at our Fort Calhoun Nuclear Station in 2012. We ceased operations of that facility at the end of October 2016, and we're doing major decommissioning project efforts there now.

I saw an opportunity for a new role, which is Manager of Construction Management, to have responsibility for these two new gas generation facilities. It seemed like a good fit to transition to that. I had been doing some project work at our decommissioning for Fort Calhoun and this sounded exciting. I've been in this role since early 2020.

PUF: There's a lot of renewable work going on in your part of country and with OPPD.

Courtney Kennedy: Yes. We've been on a journey since about 2010, starting to integrate wind into our portfolio. Anecdotally our initial goal was renewable, and our goal was to be ten percent by 2020.

When we got into it a few years later, we had already surpassed that. The goal was changed higher, to thirty percent, and we surpassed that, too. Today we have brought on almost a gigawatt of wind, and that's all within the state of Nebraska.

It's all been within our state, and we also get some hydro power from the Western Area Power Administration. We have a small, six-megawatt methane generation facility, off of one of our landfills. We also have a five-megawatt solar facility, which is in a community solar program. We've been on a significant journey.

In 2020, thirty-eight percent of our retail sales were covered by renewables, which is fairly significant given some of the goals around the country, so that's been our trajectory. In 2019, the board of directors started to say, let's shift from percentage of renewables and look at how do we achieve net zero carbon production.

We have a directive from the board to achieve net zero carbon by 2050. We have a pathway to decarbonization initiative, that's asking, how do we get there? We have the goal, so what are some pathways looking like to continue the trajectory we've been on?

The Power with Purpose project is that foundation of bringing in solar but having this reliability and resiliency with natural gas backup, to set up to what's to come next, after this decarbonization study.

PUF: Where do you see this going within the next five years?

Megan Walker: We haven't built new generation in quite some time, so it is exciting. These two natural gas facilities are critical to providing our resiliency and reliability as we move forward into more renewables.

There's some potential for battery storage in the near future. We anticipate other projects will be coming up. Maybe they won't be natural gas, but something new, like hydrogen. Some will be determined by that decarbonization initiative and maybe what we change and redirect too. It's an exciting time.

Courtney Kennedy: I wish my crystal ball was fully crystal. There's some murkiness. What's exciting is, there's a lot of change in technologies even just within solar.

The inverters have come a long way to support the grid rather than just to be on the grid. It's exciting to see how we integrate these facilities. In the past we've said, wind and solar can provide energy, but we don't necessarily rely on them. There are changes in the technology to better integrate them into the operations of the system.

I'm excited for the interconnection process, and there's a lot of momentum there. It's a challenge. It's a paradigm shift and it's not any regional transmission organization's fault. There's a lot of policy, along with the technology that's going to help us achieve decarbonization, not only in OPPD's territory, but across the country. We'll see how they come together in the next few years.