Eric Dresselhuys is the CEO of ESS.

Any talk now of decarbonization inevitably turns to the need for energy storage. Renewables are beloved and increasingly are lined up to attach to the grid but that darn intermittency issue keeps popping up in those conversations too. 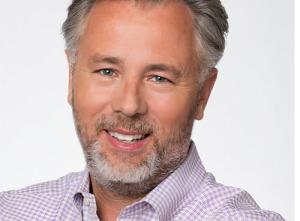 PUF turned to a CEO with some answers in the form of long-duration iron flow batteries for commercial and utility-scale energy storage applications. This is not just any CEO, but one with quite a history in smart grid, data solutions, and metering.

Eric Dresselhuys, CEO of ESS, sat down with PUF in an engaging conversation on why energy storage is the future of decarbonization. This is an important discussion on determining where the energy and utilities industry goes.

PUF's Steve Mitnick: Talk about what your company is, what this long duration energy storage alliance is about, and where you fit in.

Eric Dresselhuys: ESS is one of the founders of the Long Duration Energy Storage Council. To put it in context, ever since we've been talking about the decarbonization of the electricity system, when we've talked about renewables as the biggest way to do that, people from within the industry have said, my number one job is reliability.

I have to provide service twenty-four hours a day, seven days a week, every minute. When somebody flips a light switch, the expectation is that the lights come on. How am I going to do that in a world where my sources of generation are inherently intermittent and less reliable than what I'm used to?

Going back a number of years, I recall speaking at conferences where people were excited that renewables were going to hit three percent penetration and then four percent. We could see five percent coming. At those levels of penetration, we didn't worry about resiliency too much.

Fast forward to 2021 and looking forward to the next decade or two, many states and countries have declared that they are going to totally decarbonize the grid. We're going to have a hundred percent non-carbon generation sources.

That brings us back to this moment of how do we ensure a 24/7, 365, every minute, reliable system that doesn't cost an arm and a leg? That's what has given this moment to long duration energy storage, because people who do the math and think about resource adequacy planning say, I cannot create a twenty-four-hour-a-day renewable energy system without a way to store energy for extended periods of time.

PUF: So much storage is aimed at periods of two to four hours. But if you have unfavorable weather conditions for six, seven, eight days, what happens?

Eric Dresselhuys: We have this endemic problem called nightfall. Especially for people who have built systems that are largely reliant on solar, the sun has this habit of setting on a near daily basis.

How do we create a system that goes 24/7? I live in California and if you drive down the highway there, you'll see billboards that say, please turn off your power from four p.m. until nine p.m. That's an interesting public policy. Don't cook dinner is what it could say.

We're trying to electrify everything. We want all cars to become electric. You're going to rely on electricity even more in the future than you did in the past. That doesn't get talked about enough.

PUF: Who founded ESS and what's its main thrust?

Eric Dresselhuys: The company was founded by Craig Evans and Dr. Julia Song about ten years ago. They looked over the horizon and said, we're going to need a different way to store energy.

They had worked in fuel cells and other battery technologies. They started with this idea of storing massive amounts of electricity for extended periods of time on a daily basis, more than the two-to-four-hour use case that's been predominant.

They had the vision to see the need and set out to create a product. They developed a product called an iron flow battery, which is fascinating in the sense that it uses iron, salt, and water as its core ingredients. It's earth abundant, inherently safe, and relatively low cost.

It hit all the requirements you would want in a solution that could work at a massive scale. It was a technically difficult puzzle to solve because making relatively simple ingredients do this amazing work is an engineering feat.

They received an ARPA-E grant years ago to help fund this, which is great to point out because people ask, why are we spending money on that kind of stuff? ESS is a real example of great technology that's come out of that program.

As they started to commercialize, they were looking for someone to come in as CEO to help move the company to the next stage of development. I joined in 2021, at the end of the first quarter, to help commercialize the company and grow it.

I have worked on the energy transition for about thirty years and spent time working across all of the mega trends that have been influencing this. I spent most of that time working on smart grids. I was a founder of Silver Spring Networks that's now part of Itron. It was similar in the sense it wasn't just a slightly improved way of doing something. It was a revolutionary new way to address a problem.

That's what ESS is doing now. We've come up with a different way to address energy storage that avoids pitfalls and limitations of previous technologies.

PUF: Talk about this news.

Eric Dresselhuys: This whole idea of long duration energy storage is revolutionary to the market. There's a huge educational opportunity. We are going to need a lot of long duration storage to make this energy transition happen and people don't know what it is.

That's about where the conversation would stop because people didn't know how to get involved. We got together with a handful of other firms doing various forms of energy storage and said, there's a gap in the education awareness of how this technology works, the value that it can add to the system.

We've got to help people draw the map of how I get from here to there. We started this effort in the late spring, getting together with technology providers like ESS, large energy companies, investors, and end-users.

Companies like BP, Rio Tinto, as big energy users, were struggling with all these issues of, how do I decarbonize my operations, and how do I use this technology to help get that done?

There are twenty-six companies that have joined the effort and we've issued our first landmark report that talks about what the need for long duration storage is, the use cases, the value proposition, and it draws a map for how to think about pricing. It defines a couple of solution archetypes.

ESS is focused on the challenge of creating the everyday, 24/7 decarbonized system. Turn the crank. The sun rises, we have excess solar, we store it, we use it at night.

Then there are companies working on what we think of as the ultra-long duration storage problem, the hundred hours-plus problem. That's not going to happen a lot hopefully, but with climate change, who knows. What happens when there are extended periods of sun not shining?

These are folks working on a different set of technologies. It starts to bump up against hydrogen and other products. What's my emergency plan? It's going to be valuable to have this longer duration energy storage.

PUF: There's long duration energy storage where ESS is focusing, which is 24/7, a full day. Then you've got the one-hundred-hour focus. There are at least those two umbrellas with a common interest.

Eric Dresselhuys: Yes, because you need them all. We don't think the short duration market's going to go away. There are lots of uses. There's ultra-short duration too. Those are called UPS systems. They only last for a matter of minutes, but they have to operate quickly.

It's a big market under this umbrella of long duration. What the global projections we've looked at show is it's going to need somewhere between eighty-five and a hundred forty terawatt hours of long duration storage on the system by 2040 or so.

When you look at that, it only represents ten percent of the electricity that we will generate globally. It represents trillions of dollars of investment and opportunity, but it's not a crazy unreasonable number because again, the principle we've gone back to is, we're going to decarbonize the system.

In California last year, we dumped about one hundred fifty terawatt-hours of good clean utility-scale solar electricity into the ground because there were no off takers. You hear this nasty term that nobody in the renewable business likes to hear, called curtailment.

What happens is, we've invested this money. We have these assets. When there aren't off takers in real time for that energy, we just ground the energy.

Then six p.m. comes, the sun has set, and we start firing up gas fired peaker plants to get us through the night because we don't have any solar generating any energy at that point.

That's led to people in places like in California saying, we need about a gigawatt of long duration storage on the system by 2026 and significantly more for 2032. It goes up from there.

This education process has already started, where people are saying LDES is another important toll in how we're going to get to the energy transition.

PUF: Whether it's the state regulatory community, state governments, the governor's office, state legislators, IOUs, public powers, and rural cooperatives, they might read this and ask, what can I do to help move this along?

Eric Dresselhuys: We have to ensure we're fully valuing what long duration energy storage brings to the party. There are a couple of ways you could do that.

The way California's done that is as part of the integrated resource planning process. They've literally just called out; we need this much storage in these areas. Go figure out a way to build it.

The other way you could do it, is recognize that electricity doesn't last forever. If we put the right price signals into the market, if I told someone, I don't need a lot of electricity at one in the afternoon, so I'm only going to pay you a fraction of a penny a kilowatt-hour for that, but if you can deliver clean electricity to me at six p.m., or eight p.m., I'll pay you eight cents a kilowatt-hour.

The market will kick in and people will start to put in batteries. You'll have renewable developers starting to develop what is called a firmed product, where you manage the timing of the electricity delivery to meet the specific market need.

I'll give you one example from overseas. The whole country of Singapore has decided it's going to decarbonize the electricity system. This is the most reliable grid on earth.

There is no electricity delivery system anywhere on earth that's as good as Singapore's. When you think about it from their perspective, they've said, I'm not going to give up any of my reliability. I'm still going to have the best electricity system in the world, I'm just going to do it without carbon.

They've taken on a thoughtful planning process where they're going to renewable developers saying, you have to deliver me a hundred percent reliable product, but I'll pay for it. But I will come up with something that is the most economically sound way to deliver that.

There are a lot of ways for us to get there. This isn't just for giant-scale projects. People are using long duration storage in microgrids.