Ake Almgren is formerly Board Chair at PJM.

All eyes are on transmission, now that the realization of needing to get the new clean sources of energy to often far-away locations, is clearly in focus. But cost and siting issues are prohibitive. 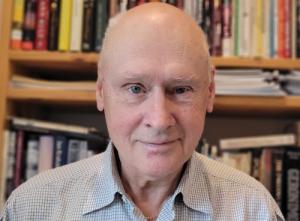 An often overlooked solution, according to an expert on all matters transmission, Ake Almgren, and one of the best options, is reconductoring with advanced conductors. It has been done before, in the U.S. and overseas, so the technology is proven.

PUF discussed the how and why of reconductoring, in simple terms for all to understand, as this solution, according to former PJM Board Chair Ake Almgren, is sure to take hold eventually. Pay close attention to this technology as he tells you all about what is coming.

PUF's Steve Mitnick: Discuss the highlights of what you see as the most important work you've done at ABB, Capstone, and PJM.

Ake Almgren: I'll start with ABB. For twenty-five years I was at ABB, mostly in transmission and distribution. A particularly exciting time was as president of ABB Power Systems, which included HVDC. We got the first projects in India. At peak, we had eleven projects at the same time.

Here's an interesting point. By the mid '90s, we started seeing in ABB that it was getting difficult in most parts of the world to build transmission, and we had a number of brainstorming sessions to figure out new approaches.

We had people from MIT and facilitators discussing, for example, how can you bring power to big cities?

We talked about horizontal drilling of cables. But we also identified distributed generation as at least a supplement. I wouldn't say it was an alternative.

That led me to the time at Capstone, and we were on the forefront of distributed generation. We were one of the first to have a smart inverter, partly because every electric utility had different requirements on setting over/under-voltage, and over/under-voltage frequency.

We said it was okay for the utility to pick its specific values, and we programmed it as part of the commissioning of the microturbine system. Those were pioneering years. Fast forward to PJM, and there were a couple of big happenings.

One was all of these discussions about capacity markets, and it was over two years of stakeholder process and eventually a FERC settlement to get the capacity market, which was later further developed.

From a reliability and least-cost perspective, the capacitor market has proven its value.

At PJM we looked at the resilience issues early. For example, we looked at the five-hundred-kilovolt system and worked with the PJM transmission owners about a spare program for five-hundred-kilovolt transformers. If you lose one, there was no manufacturer left who could build these transformers. One-year lead times were not acceptable, so the spare program initiative was important.

For a lot of projects, we were early, such as at PJM, with the Regional Transmission Expansion Plan, or RTEP, and some of the other planning initiatives, such as the Eastern Interconnect studies. PJM was also early with cyber. A lot of credit goes to PJM's Tom O'Brien, and the people around him.

I'm still active in various new technology-related initiatives. I've been the senior advisor for CTC Global for a couple of years now. My excitement for advanced conductors is genuine.

The HVDC developments, I have been close to, even after my ABB years. The development of the voltage source converted (VSC) technology, combined with the huge progress of cross-linked polymer cables, will have a big and positive impact going forward, enabling undergrounding and also connection with offshore wind. On the AC side, I regard the advanced conductors as one of the more significant developments in many years.

PUF: I've heard you're interested in how much advanced conductors can do with greater transfer capacity and can make a difference, such as in the march toward decarbonization.

Ake Almgren: Yes, you have to do all of the above to build more transmission in order to accommodate more variable renewable resources, such as wind and solar on the system. You have to build some new lines, but the exciting stuff with advanced conductors, like ACCC™, is that it can be done quickly, especially if you reconductor using existing structures. You can do it fast and at lower cost.

Going forward, the Biden Administration's carbon-free plan for 2035, is extremely ambitious. If you would take out all of the conventional fossil fuel and replace it with wind and solar, assuming a thirty-five percent capacity factor, it would require a total of eight hundred and fifty gigawatts.

It's giant. Even to come halfway to that, it would still be huge. For that to work, you need a lot of new transmission, as well as transmission capacity upgrades, in a short time. One of the best options is reconductoring with advanced conductors.

PUF: Can reconductoring, which is relatively doable with existing structures, make a significant difference?

Ake Almgren: Yes. No doubt. You can up to double the capacity of a transmission line.

That means a number of benefits. With the increased capacity, it also means lower line losses. As an extra bonus, you have the resilience aspect because with the stronger conductor core you have much lower sag.

PUF: The reconductoring revolution maybe is coming but hasn't quite started. What's holding us back and what are the concerns?

Ake Almgren: It's like everything else. It takes time. We are a conservative industry. It's easy to stick to what you've done for a hundred years. There are some perceptions about cost, which are flat out incorrect.

That surprises me because there are some big success stories. Like the AEP project in Texas, Lower Rio Grande Valley, when they had to increase capacity on the three hundred forty-five kilovolt cable lines, and they couldn't take them out. They had to do it live and they reconductored it, and it's a big success story.

AEP got an award for it in 2016. You would think after that, everyone would look for it. But I guess that some see it as a special case where ERCOT and AEP had basically no other option.

Southern California Edison has done a number of reconductoring projects, but probably not much noticed outside California. Also, when you build a completely new transmission line, I would seriously consider using the advanced conductor from the start to have that capacity.

Interestingly, in many newly industrialized countries, or some would say developing countries, if you look at India, Pakistan, Bangladesh, Indonesia, Malaysia, all of those tend to use more advanced conductors than we do. They have growing needs ahead of them. So, they build with advanced conductors from the start.

PUF: Explain, in layman's terms, why the advanced conductor can increase transfer capacity in a line as much as fifty to a hundred percent, which sounds like a lot. Most regulators or industry people would say, is it that easy? What's the engineering?

Ake Almgren: In very simple terms, a conventional conductor, like the ACSR, has a steel core in the center, and that's what carries the weight of the conductor. Then you have aluminum strands around the core. The advanced conductor replaces the steel core of the conductor with the composite core.

Another positive aspect, when we are explaining technology in simple terms, when you have a composite core, the conductor has different characteristics than a conductor with a steel core. When it gets warmer, the steel core expands, which means that the conductor sags.

The warmer it gets, the more it sags. On the contrary, when you have a composite core, it sags much less. At a certain temperature point, it stops sagging at all. So, it has that big benefit, which I call a nice bonus, in addition to the increased capacity.

In the CTC Global case with the ACCC™, it's a carbon composite core. But you can make the composite a bit different. Some of the others, like the 3M, have a different design, but the key is replacing the steel core with the composite core and that's the way you can add more aluminum, which conducts the current.

PUF: What should policymakers and regulators know about this reconductoring revolution that may be going to happen over the next few years?

Ake Almgren: If you're reconductoring an existing line and can keep the towers, instead of building new towers, it's half the cost. I did some rough calculation. Even if you build a new line and you have an advanced conductor, let's say the conductor costs two-and-half times more than the conventional conductor.

But the conductor is perhaps twenty-five percent of the transmission line cost. So, the total cost would increase forty percent, but you get twice the capacity. Economically it is attractive. Part of one problem is, again, some people are narrowly focused on first cost. The conductor costs a little more and then the calculation stops.

Another issue may be about the supplemental transmission project, which the transmission owners can do themselves.

In some of those cases, when a transmission line reaches the end-of-life, you would in many cases want to see advanced conductors used in the new transmission line. But here's a concern that if you did anything different from the old line you are replacing, that it would not qualify as a supplemental project, and the transmission owner would see a risk that it would be called a new transmission project and be subject to competition. It may sound a bit farfetched, but issues like that are holding some back.

PUF: Are you optimistic that in the next three to five years, there'll be more of the transmission companies and RTOs that'll be looking seriously at this and a number of projects in reconductoring as everybody's trying to move more non-carbon generation to high loads?

Ake Almgren: I'm cautiously optimistic. It may very well come by necessity of speed and low cost. An interesting case will be the offshore wind on the Atlantic coast because that is going to happen. We talk some ten, maybe twenty gigawatts coming onshore.

You probably will have HVDC cables coming onshore. But when you get all these ten, twenty gigawatts, you need to move it further to the load. Here, one way to do it is by reconductoring and doubling up the capacity on existing transmission lines.

The reason I believe this to be the case, is the company that has done most offshore wind integration in the world is the Dutch company TenneT, which covers the whole Netherland system, as well as forty percent of the German transmission grid.

TenneT has integrated some ten gigawatts of wind already. It started a couple years ago with a program, Beter Benutten Bestande, which means increasing the capacity on existing transmission system by reconductoring

The system in Holland is three hundred eighty kilovolts. They completed the first project last year. TenneT, in my mind is the clear world leader for wind integration, both from taking it from the North Sea into land with HVDC and taking the lead on reinforcing the main bulk energy system in Holland, by reconductoring.

If TenneT does it, others will look at it and follow, and more projects will follow. I am cautiously optimistic, but it’s like so much in this industry. Once you start seeing the advantages, it will start accelerating, but we are probably still a couple of years from the tipping point.