The Future is Fast

Steve Mitnick is President of Lines Up, Inc., Executive Editor of Public Utilities Fortnightly, and author of “Front Lines to Power Lines,” “Women Leading Utilities, the Pioneers and Path to Today and Tomorrow,” “Lewis Latimer, the First Hidden Figure,” and “Lines Down: How We Pay, Use, Value Grid Electricity Amid the Storm.” His next book will be “Heroes of the Storms.” Mitnick was formerly an expert witness in proceedings before the utility regulatory commissions of six states, the District of Columbia, the Federal Energy Regulatory Commission, and in Canada, and a faculty member at Georgetown University teaching undergraduate microeconomics, macroeconomics, and statistics.

If you have been in the utilities industry since the late seventies as I have, or nearly that long, then you too will have survived the score or more years when the industry was accurately said to be slow, sleepy, sluggish, static, stagnant. You too saw the contrast with some other industries as remarkably refreshingly open to change, as I did, oftentimes embracing change with enthusiasm. And you and I knew throughout that period that this wasn't at all characteristic of our industry. Not even close. 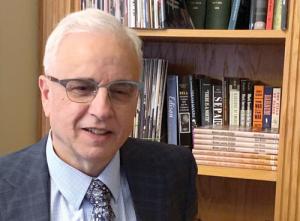 A favorite saying, indicative of the age, supposedly came right out of the mouth of an industry exec. It went something like this:

"I don't want this company to be the first to do anything. I'd rather that we're the tenth company to adopt something new."

Fast forward to today. We sure are flying now. Utilities in the present aim to be fleet of foot. For them, nimble is a common buzzword. Fail fast is another.

The pace can be dizzying for us industry vets. So, I really must ask. Is this even the same industry? And one more thing. What exactly happened that made change and not continuity the norm?

Ok, let's go through the list. First, in no particular order, utility customers have come to expect more in a time when our phones and retailers confer instant gratification. Second, customers in the main are also demanding decarbonization, like fast. Third, a couple more d-words characterize the industry today as much as they didn't yesterday: digitization and diversity.

Another word about diversity if you please. Imagine a world in which virtually every utility officer and senior manager is an older white male. Well, I can picture that fairly easily. Since that is precisely how the industry was, until the last few years.

And there's the role of innovation, sprung from Silicon Valley most prominently but elsewhere too, that's making our heads spin with so many new possibilities. Solar was expensive. Then it was not. Wind turbine sizes tripled, and capacity factors doubled. Don't forget offshore wind that only a couple years ago seemed to be a pipe dream.

Batteries burst onto the stage. And they are already being built at scale. Hydrogen hubs, mass electrification of transportation, ultrasafe modular nuclear; am I leaving something out? Surely, I must be.

It's an industry that's driving fast and furiously towards the future. And that future is unfolding before our eyes as if we're time travelling.

It seems like yesterday that our system operators managed baseload, intermediate plants and peakers to smoothly ride the load duration curve. Heck, we don't even have a deterministic load duration curve anymore. What with customer-side generation and storage, electric vehicle charging, and demand side virtual power plants.

It seems like yesterday when resilience — which we placed beneath the reliability umbrella back in the day — was a matter of restoring the poles and lines after a hurricane. But then that was before wildfires and cyberattacks joined the threat list.

Power's state and future seems less certain than earlier in my career. That's not so hot in some ways. Certainty is good for many aspects of what we do including financing our future. But it's white hot in other ways. It makes our industry more dynamic, more open to possibilities, more susceptible to game-changing innovations. It allows us to attract some of the best and brightest to work with us, to help craft that future.

The nation and indeed the world is counting on us to deliver that future, as it is wanted and as it is needed. So, let's think it up. And then let us do it.