What Seems Efficient May Be the Opposite

Fortnightly Magazine - June 2022
This full article is only accessible by current license holders. Please login to view the full content.
Don't have a license yet? Click here to sign up for Public Utilities Fortnightly, and gain access to the entire Fortnightly article database online. 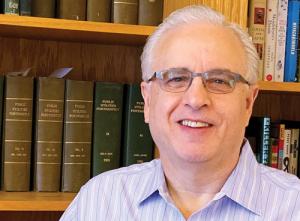 This is a big if. The proponents of the project must maneuver their way past the formidable obstacles of siting and cost allocation. On these rocks, many such proposals founder.

According to Homer, the ancient Greek hero Odysseus did manage to navigate his ship past Scylla and Charybdis. Will the proponents of the billion-dollar project similarly succeed (confronting the two sea monsters that menace any proposal to construct transmission)? The odds are long indeed.

Parties in a cost allocation process argue passionately, typically, about the portions of that billion to be taken on by this jurisdiction versus that jurisdiction. The ensuing melee drags on and on and ultimately the torturous journey can wreak havoc. Many proposals do not survive this stage.

Which is so sad. Notwithstanding the allocation, whatever the formula is that is proposed or opposed, the impact on individual customers' costs might be so small that it is barely noticeable to them. For a billion dollars is surely a big number. But slice it and dice it over so many customers and over so many years of useful life. That big number, when it is expressed as the project's total cost, asymptotically approaches zero when it is an increment in a single customer's monthly bill.