Politicized Energy. What's New About That?

Steve Mitnick is the Executive Editor of Public Utilities Fortnightly. He has authored four books on the economics, history, and people of the utilities industries. While in the consulting practice leadership of McKinsey & Co. and Marsh & McLennan, he advised utility leaders. He led a transmission development company and was a New York Governor’s chief energy advisor. Mitnick was an expert witness appearing before utility regulatory commissions of six states, D.C., FERC, and in Canada, and taught microeconomics, macroeconomics, and statistics at Georgetown University.

ESG has been all over the news lately. That energy companies are responding to the demands of the financial community to demonstrate excellence in environmental, social and governance performance has become a point of contention with some politicians and media. 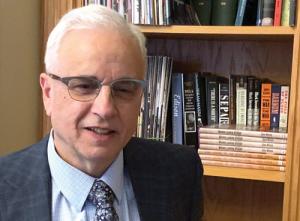 These critics decry energy companies bending to the will of the financial community with respect to environmental performance particularly. Why should energy companies, they charge, be coerced to follow the climate change strategies that "liberal" politicians and media promote? Isn't it enough, for investors, that energy companies maximize profits and thereby returns for those owning shares in their companies?

This criticism, for me, fails to recognize both contemporary and historical realities of the energy and utilities industries. Utilities for instance are not only listening intently to and acting intently upon what Wall Street is seeking to put in their portfolios.

Utilities are listening and acting in accordance with other constituencies as well, beyond investment giants like Blackstone. Many large electricity consumers like Amazon are examining the environmental performance of utilities when deciding where to locate their next major facility. That matters a lot to utilities' state and local government leaders who want to boost economic development.

For that matter, many small and medium electricity consumers are expecting their utility to pursue and accomplish these very same goals. So, when a utility really works at rating well with respect to ESG metrics, it's doing so to satisfy investors, customers, and government. Which is pretty reasonable, don't you think?

The ESG controversy also neglects historical realities. Energy companies and utilities especially have been continually subjected to political pressures since their industries' inception in the late nineteenth century. For example, utilities were compelled to invest in nuclear power in the sixties, and then in coal-fired power in the seventies, all in the name of energy independence.

The U.S. Securities and Exchange Commission recently initiated a rulemaking that might result in considerably increased disclosure of ESG performance by companies of all kinds, including utilities. At the extreme, utilities would need to do much more disclosure. Though they do a whole lot already, voluntarily.

No matter how much disclosure is required, utilities have some good ESG performance to put out there. In the environmental dimension and the social and governance dimensions too.

Good ESG performance might not please everybody. Particularly in the political realm. That's understood. Utilities rarely do or can, while serving the public interest.