Ongoing changes within electric power markets – from increased shale gas reserves and RPS mandates, to the rise of distributed energy resources – are forcing power producers to re-evaluate the way they operate their fleet and establish individual, long-term strategies for each asset class. 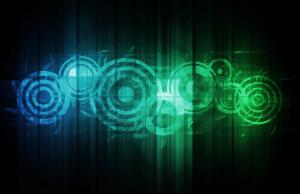 FPP: How has Invensys positioned itself to help customers in the U.S. power industry improve their financial performance?

Peter Martin, Invensys: One of the things that we’ve noted about the U.S. power generation industry – in terms of the overall dynamics of the generation and delivery system – is that it sets the pace for all other industries in terms of the speed with which it operates.

Historically, the challenge on the production and distribution side has always been to produce to the demand level and balance both of those things to maximize profitability. Accomplishing that has always been a challenge.

Over the past 10 to 15 years, there have been numerous changes industry-wide that have made achieving that balance even more difficult – from renewable power sources and fuel switching to development of microgrids and the concept of the smart grid.

These and other measures have increased the amount of information power producers must digest and act upon to optimize their operations. While doing so effectively will obviously reduce costs and increase profits, it’s not an easy task.

FPP: Can you me an example or two of the type of information you’re talking about? 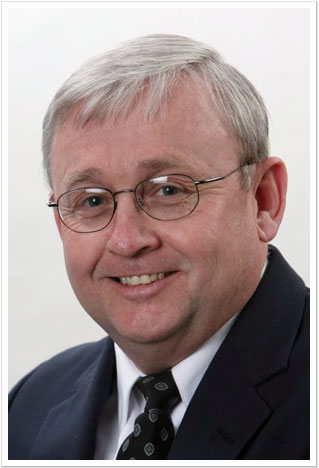 Martin: Let’s start with electricity production. Due to the low price of natural gas, many power producers in the U.S. are moving from coal to gas. In most cases they’re buying gas directly from the pipeline system, using it to produce electricity and sending the electricity out on the wires.

Previously, they would buy coal periodically and store the deliveries on-site. So the fuel supply component involved a relatively simple transaction. But now, having switched over to natural gas, everything has changed because the price of gas from the pipeline can change every 15 minutes. So the fuel purchase has become much more complicated. It has gone from a management decision to a real-time information issue.

At the same time, the price generators get for their electricity is changing every quarter-hour as well. So to balance supply and demand and optimize profits, a power producer must have to access the right information at the right points and at the right time in order to make operational decisions that will drive its bottom line.

That’s what I mean when I say the industry dynamics have become much more real time. Everything, from buying the fuel all the way through consumption by the end consumer, is now changing in real time – not just in terms of the physical and chemical aspects, but also in terms of calculating the impact to the bottom line.

FPP: So leveraging information and controls technologies will help them better match or balance electrical production and delivery?

Martin: Generators have to determine the best way to balance supply and demand and also meet their regulatory requirements. That’s the challenge Invensys is taking on. We can provide the controls that will allow a generator or utility to access real-time information across both the gas pipeline and the power grid.

But many in the industry are waiting to see what the smart grid entails and the technological standards that will be needed to manage it. And as a result, power producers are waiting for all of these standards to be put in place before they invest in information technologies.

The dynamics of the industry are as challenging as we’ve ever seen. Power producers should focus on the business environment they’re in and then consider which technologies will allow them to keep up with the changes

FPP: Are some further along than others?

Martin: No, not really. The whole industry seems to be in a transition period right now. All the generators are trying to get their arms around how to move forward.

The cost of information technology has come down dramatically. If you make information and controls part of the project’s initial design, the plant will be much more efficient and profitable.

Again, the idea is to optimize the bottom line. If you wait until after the plant is up and running, chances are there will be difficulties optimizing the operation. The operation is going generate at sub-optimal levels in terms of profitability. Considering the capital costs associated with these plants, nobody wants that.

FPP: Can controls also be leveraged to determine how existing assets should be ranked in terms of the fleet’s operational pecking order?

Martin: Absolutely. Many power generators have multiple generating assets – and multiple types of assets – across the grid and sometimes you want to crank one up and cut back on another to maximize the overall profitability. So we’re seeing interest in how information and controls can be used to improve the overall operation of the fleet, versus individual assets.

The ability to measure and compare grid demand and fuel costs will help a utility evaluate how certain assets fit into the overall picture and rank them accordingly and dynamically.

We generally recommend starting with its business model and working down. A power producer can review at each asset and consider its operational constraints – with a coal plant, for example, the operational constraints are obviously different from a gas plant. Then you determine the best way to operate that asset while also meeting the demands of the grid and the regulatory agencies.

One thing worth noting here: there are a lot of coal plants that are either being retired or cut back these days. But we’ve seen coal units that we feel could be run more effectively and utilized more profitably with good environmental integrity, if the owner had the proper controls technology.

FPP: From the standpoint of controls and information technologies, where do you see all this heading?

Martin: Traditionally, when you think of controls in electric power industry, you think of turbines, generators, and boilers. You think of process controls that manage operating pressures and temperatures down in the plant. Things like that.

In the future we see controls being employed to manage the system automatically – at the generating station and across the grid. We see controls being used to close the loop, if you will, on the profitability of generation, transmission and distribution.

At this point, it’s all just theory, but we see technology being used to manage the output of all types of generation sources and optimize power supply with grid demand. The perfect scenario would have supply and demand exactly the same at all times.

Of course with different types of generation technologies and suppliers – you have renewables, industrials, as well as the traditional power suppliers – the level of complexity is obviously going to be staggering and the ability to deal with that complexity is going to be a major controls challenge.

We obviously haven’t done anything like that yet, but that’s where we think the industry is heading and that is certainly where we are heading.

ABOUT THE AUTHOR: Scott M. Gawlicki is Fortnightly’s contributing editor based in West Hartford, Ct.

ABOUT THE SOURCE: Peter Martin PhD is vice president, business value solutions, for the Software and Industrial Automation division of Invensys plc, and a fellow in the International Society of Automation (ISA).