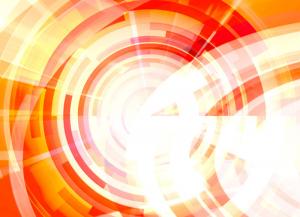 A landmark decision will soon be handed down on whether demand response programs will be regulated by the federal or state governments. And you would think that the company for which the case is named would be worried.

But Enernoc’s Chief Executive Tim Healy is nonchalant about the whole thing, saying that customer engagement is becoming embedded in the fabric of many utilities. In other words, the communication that exists between power companies and their patrons will continue no matter what – and that the tools to shift energy consumption will only blossom, no matter who oversees the process.

“The majority of utilities believe the world is changing,” Healy explained to this reporter during the Edison Electric Institute’s annual meeting in New Orleans this month. “It’s not just about putting steel in the ground” so that companies can build more plants and sell more electricity, he continues.

Demand response, of course, is different from energy efficiency – whose technologies are designed so that buildings or appliances consume less electricity when they operate. Demand response, by contrast, provides commercial and industrial customers insight into how they use energy.

That technology allows those customers to run specific applications at times of the day that are more favorable under the applicable utility rate structure. The good news -- whether it be for demand response or energy efficiency -- is that utilities don’t have to buy power on potentially expensive spot markets or spend billions building new power plants.

But power generators are troubled as their revenues are diminished as a result of the technology. And the case that they now have before the U.S. Supreme Court says that regional market operators are paying demand response providers the same as the power plants that actually produce power.

Stated differently, one is a hard asset that generates electricity while the other is a technology that works to shift consumption patterns. The legal questions are not just about who should regulate that process but also how demand response providers should be compensated.

Demand response aggregators are amassing high-volume bundles of demand response resources from large numbers of small-volume customers, which are then sold into regional wholesale energy markets. That exercise frees up space on the transmission network while possibly avoiding the use of fossil-fueled generation.

Those demand response resources are also given credit for preventing blackouts, and include such customer strategies as shutting off non-critical lighting or switching to onsite electric generation. The Federal Energy Regulatory Commission has said that demand response technologies could ultimately cut electricity demand by as much as 188,000 megawatts, referred to as "negawatts."

However, in May 2014, the U.S. Court of Appeals for the D.C. Circuit overturned FERC Order 745, but allowed the FERC rule to continue in force until the case would be ultimately resolved by the Supreme Court. In its lower court ruling, the court of appeals sided with power generators and utilities, ruling that demand response is essentially a retail product for which the states have jurisdiction -- not a wholesale product for which FERC has regulatory rights.

As early as October, the Supreme Court will rule on two relevant cases: FERC v. Electric Power Supply Association, and EnerNOC v. EPSA. EnerNoc is a technology provider and a demand response aggregator. EPSA represents independent power producers and is joined by the Edison Electric Institute, whose members are investor-owned utilities.

The demand response suppliers and aggregators argue that it's not clear if demand response is truly retail or wholesale, as the network operators rely on demand response to clear the wholesale market, as well as to ensure that the electrons sold in those markets are delivered at retail to homes and businesses.

Because the line between wholesale and retail is unclear, they say, FERC should have authority to regulate demand response. Moreover, FERC's Order 745 provides one set of rules to govern compensation for demand response, whereas the states, if left to their own devices, may set rates using widely different guidelines.

“We make markets more efficient,” says Enernoc’s Healy. “The power generators are against us. The states would not sit still. They would take the initiative to preserve the value of demand response. We have saved ratepayers $11.8 billion in the PJM Interconnection, alone” in reduced capacity cost in 2013-2014.

The demand response technology, he adds, is becoming firmly rooted in both wholesale and retail electricity markets, and it’s expanding year-over-year. That’s why Enernoc is not sweating the pending court decision.

Deck:
Enernoc is not sweating a pending High Court Case named after it.
Byline:
Ken Silverstein
Intro Text:
The demand response technology is taking root in both wholesale and retail markets. That’s why Enernoc is not sweating a pending U.S. Supreme Court decision to decide who will regulate the process.
Publishing Date:
Wednesday, June 24, 2015 (All day)
Advertise Here