No, 2012 is not yet over, though we might wish it so, given the hit utilities have taken over the past few days from Hurricane Sandy. The damage is appalling: every outage lands a punch to the gut. Yet the industry will respond — with linemen, crews and bucket trucks — as it always has. 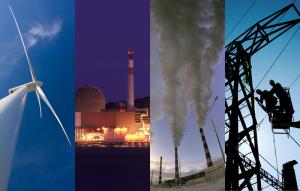 Meanwhile, the staff at Public Utilities Fortnightly has been hard at work, preparing a top-ten list of the most significant legal and regulatory events for the utility sector for the year 2012.

In short, it’s been a war out there — or rather, several of them. Even as the U.S. Environmental Protection Agency was said to be warring on coal, others were taking aim at wind power, coal’s antithesis. And above it all, seeming to rise above the fray, was the Federal Energy Regulatory Commission, with an agenda perhaps even more radical than EPA, but somehow able to fly under the radar of the most outspoken of election-year critics. Here, then, are the top-ten rulings: a feast, perhaps, for lawyers; a smorgasbord for the rest of us.

#1 The War on Coal: EPA files mercury rule
February saw the U.S. Environmental Protection Agency at long last publish its Mercury and Air Toxics Standards (MATS), targeting electric generating plants with limits on emissions of mercury, as well as other heavy metals, such as arsenic, nickel, chromium, selenium, and cyanide.

Will reliability suffer? To answer that question, EPA says it will seek advice from various agencies — such as FERC, the regional grid system operators, the North American Electric Reliability Corp. (NERC), and state utility commissions. Notwithstanding such advice, however, EPA says it will have the last word.

#2 The War on EPA: Demise of the Cross-State Rule
This past summer, in the case of EME Homer City Generation, LP v. EPA, a three-judge panel of the U.S. Court of Appeals for the District of Columbia Circuit struck down and vacated the EPA’s Cross-State Air Pollution Rule (CSAPR), finalized in 2011 to address the problem of sulfur dioxide (SO2) and nitrogen oxides (NOx) emitted upwind and then transported downwind across state boundaries, making it difficult for downwind states to achieve or maintain compliance with air quality standards for particulates and ground-level ozone.

The Homer City ruling faulted EPA for looking at individual upwind states, one-by-one. A more dynamic approach, the court implied, would necessarily consider simultaneous upwind sources in multiple states, and then a concomitant sharing of the compliance burden among all relevant upwind states.

The news wasn’t all bad for EPA, however. In June the D.C. Circuit upheld EPA’s April 2009 “endangerment finding” on health threats from greenhouse gas emissions, along with EPA’s 2010 “tailoring rule,” which had delayed imposing GHG limits initially on certain facilities, to avoid paralyzing the permitting process.

#3 The War on Wind: Battling Over Curtailments
In Idaho Wind Partners 1, LLC, FERC ruled that Idaho could not allow the state’s utilities to refuse to buy power from wind farms certified as “qualifying facilities” (QFs) under the 1978 PURPA law — even if such purchases might drive costs up for ratepayers by forcing base-load, cheaper-to-operate, coal-fired generating plants offline at awkward times — as long as the QF-certified wind farm has a signed an arms-length, fixed-price,  purchased power contract with the utility, specifying the wind generator’s right to receive a price keyed to the utility’s avoided cost.

But the jury may still be out. In 2011 FERC had struck down similar efforts by the Bonneville Power Administration (to curtail third-party wind farm output to BPA manage hydro dam spillway discharges to protect fish in the Columbia River), but now must now rule on whether BPA can justify backing down wind if it reimburses any curtailed wind plant owners to cover the cost of the revenues they would lose from federal production tax credits and renewable energy certificates.

#4 The Last Penny: Paying for Grid Expansion
Do ratepayers in Chicago benefit from a transmission line built in New Jersey? FERC says yes, and so has reaffirmed its policy of allowing the PJM regional grid to spread the costs among all customers across its entire footprint for newly built transmission operating at voltages of 500 kilovolts or greater, finally issuing a new order (FERC Dkt. No. EL05-121-006) on remand nearly three years after the U.S. Court of Appeals for the Seventh Circuit had directed FERC to do a better job of explaining its policy.

The court had said back in 2009 that FERC needn’t calculate benefits “to the last penny,” yet that’s just what the commission did—armed with data it’s been collecting recently on the performance of PJM and other, similar “regional transmission organizations (RTOs).

Relying on a report submitted a year ago by the nation’s six RTOs, FERC figured that high-voltage lines had allowed PJM to produce save $2.2 billion a year from region-wide grid planning, reserve sharing, and operational integration, thus justifying the assignment of $198 million in transmission line expansion costs to Chicago-area ratepayers of Commonwealth Edison, even though that new construction was located on the mid-Atlantic Seaboard.

#5 Spent-Fuel Follies: Nuclear Plant Licensing at Issue
In New York v. NRC, decided this summer, the D.C. Circuit vacated the “waste confidence decision” issued by the Nuclear Regulatory Commission in 2010 that said plant operators could continue to store spent nuclear fuel safely on a temporary basis at nuclear plant sites for at least 60 years past the plant’s licensing term, since NRC had failed to fully consider environmental impacts.

Meanwhile, the D.C. Circuit told DOE to review its policy of continuing to charge fees to nuclear plant owners to fund the long-term disposal of spent nuclear fuel at a permanent repository, but postponed any ruling on whether NRC must continue seeking a license for the Yucca Mountain repository.

And utilities operating outside of RTOs, as well, may soon have no place to hide.

Earlier this month, the commission staff adopted a set of 39 performance metrics tailored specifically to measure the performance and efficiency of utilities operating outside of RTOs or regional grid system operators. According to the staff report, FERC next will seek to establish common metrics between RTOs and non-RTO regions, perhaps allowing for comparisons between restructured and still-vertically-integrated utilities.

#7 Third-Time Charm: The Duke/Progress Deal
Having rebuffed the would-be partners in two prior decisions, FERC finally gave its blessing this past summer to the merger of Duke and Progress Energy.

If anything, the final merger ruling (Dkt. Nos. EC11-60-004 et al., 139 FERC ¶61,194, June 8, 2012) might teach that FERC retains a soft spot for any mitigation of market power that is designed to broaden the size and reach of markets. In this case, FERC allowed the merger only on a promise to complete seven new transmission expansion projects to boost simultaneous transmission import limits and thereby allow rival generators to better compete in the newly combined Duke-Progress service footprint.Yet just a few months before, FERC had decided against updating its merger review policy to incorporate stricter guidelines recommended by the Justice Department and Federal Trade Commission.

#8 Nothing but the Truth: Beware the Anonymous Tip
Acting on information developed initially from an anonymous tip to the commission’s hotline, FERC imposed a $135 million civil penalty, plus a duty to disgorge another $110 million in “unjust” profits, on finding that Constellation Energy Commodities Group (CCG) had engaged intentionally in unprofitable virtual trades in order to influence day-ahead prices in regional energy markets run by the New York ISO and ISO New England.

In a separate statement issued a week after the decision (Dkt. No. IN12-7, 138 FERC ¶61,168, March 9, 2012), FERC Chairman Jon Wellinghoff said the combined $245 million sanction represented the largest penalty the commission had ever imposed under the expanded enforcement authority granted by Congress in the 2005 Energy Policy Act:

“Understand that the commission will be vigorous,” said Wellinghoff. “Tell the truth, the whole truth, and nothing but the truth when questioned.”

#9 You Can’t Build That: Developer loses right to build its own project
Three months ago FERC ruled that Dominion and FirstEnergy had the right to build an integrated system of static var compensators that the private merchant grid developer Primary Power had planned and worked on for years, even though, as Primary Power was later to complain, “they [the two utilities] had not spent a dime” on developing the idea.

Applying rules in its FERC-approved tariffs, PJM had awarded construction rights to Dominion and FirstEnergy on finding that they could do the work at less cost because they already owned two substations that would be involved in the project.

FERC agreed, albeit reluctantly, as the order could find no loophole in PJM’s rules allowing for any other conclusion. FERC said, however, that PJM should resolve the problem in tariffs filed to comply with FERC Order 1000.

#10 Thou Shalt Not Shed Load: No Way, No How
Earlier this spring FERC rejected and remanded a NERC-proposed electric reliability standard, the details of which would be left to be fleshed out through a regional transmission planning process, in which groups of stakeholders would freely debate, review, and then sign off on a standard that would allow grid system operators to rely on load-shedding as a possible option to maintain reliability during a single-contingency failure.

As the commission explained in its decision (Order 762), such a standard would be impermissibly vague, and thus unenforceable, unless NERC could provide some kind of assurance that the stakeholder process would apply strict or technical engineering standards as part of its review, or even that the stakeholders would act affirmatively in some manner, and fine-tune the standard, rather than simply sit by and allow it to take effect without any countervailing action at all—a possibility that seemed to be permitted under the NERC proposal.

Yet the decision was seen by some (such as NARUC, representing state regulators) as overstepping FERC’s authority over the interstate bulk power system, and invading the state-controlled arena of retail service.

The case highlights a key weakness in the regulation of electric reliability—the lack of any cost-based guideline to help experts decide exactly how much reliability the nation can really afford. That and the fact that no regulator ever wants to see his name appear on in the same sentence with the word “outage.”