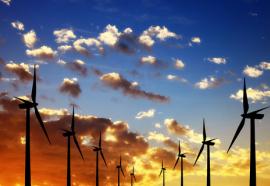 Despite the variable nature of the resource, wind can be managed so that it will not impair the reliability of a utility system. The Federal Energy Regulatory Commission proposed a rule that would require changes to the way transmission service is scheduled, which would enhance the ability of balancing authorities to integrate wind.

It would join an RTO but dictate the terms-a dangerous game that has the industry talking.

It would join an RTO but dictate the terms-a dangerous game that has the industry talking. When I talked a few months ago with AEP President and CEO Linn Draper Jr., he discussed how his company would have joined the PJM RTO in March were it not for the backlash he was getting from certain state regulators.