The New York Power Authority and mPrest, an Israeli software development firm, were awarded a $900,000 grant from the Israel-U.S. Binational Industrial Research and Development Foundation to develop a system that can rapidly detect malfunctioning power transformers before they cause larger problems on the electric grid. NYPA and mPrest will develop software for deployment on the NYPA transmission system, and plan to engage the Electric Power Research Institute for research assistance.

GE Energy Consulting and the New York Power Authority (NYPA) have agreed to a one-year license arrangement allowing NYPA to use GE's Multi-Area Production Simulation (MAPS) software. NYPA is expanding its current modeling capabilities to perform high-fidelity nodal analysis. GE's MAPS software allows users to assess the value of a portfolio of generating units, identifies transmission constraints that impact the economic operation of the system and analyzes the complex interaction between the generation and transmission assets on the system. 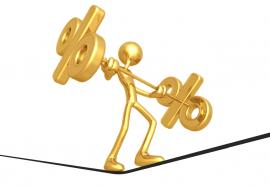 Trading on a Knife Edge

The Deutsche Bank case and the meaning of ‘price manipulation.’

A few months back, the Federal Energy Regulatory Commission directed Deutsche Bank Energy Trading LLC to show cause why it shouldn’t be assessed a civil penalty of $1.5 million and be made to return some $123,000 in allegedly unjust profits from power trading in markets run by the California ISO.