Xcel Energy began work on a new substation in the town of Brunswick, Wisconsin. The substation will tie into an existing transmission line. Xcel Energy received all state regulatory approvals in early November, and construction work began in late November. The substation is scheduled to be in service by April 2014 and is estimated to cost $4 million. 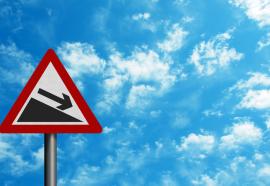 Solution in Search of a Problem

Utilities seeking financing for environmental upgrades should look to the markets for debt and equity, rather than trying to securitize those costs.