The Encyclopedia Britannica. There have been few more authoritative sources of wisdom in history. Its first edition was published in 1768, when thirteen colonies of the crown clung to the coast, and when electricity fascinated but confused scholars and commoners alike. 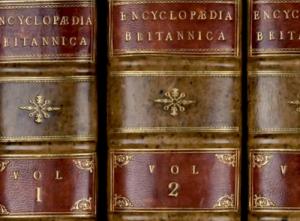 The eighteen-page article in that first edition of Britannica on electricity opens with this remarkable paragraph:

“The word electricity signifies, in general, the effects of a very subtle fluid matter, different in its properties from every other fluid we are acquainted with. This fluid is capable of uniting with almost every body, but unites more readily with some particular bodies than with others; its motion is amazingly quick, is regulated by particular laws, and produces a vast variety of singular phenomena, the principal of which shall be enumerated in this article.”

Britannica’s first article on electricity was just as amazing as the speed of electricity’s motion. The then-famous demonstrations by Ben Franklin on one side of the Atlantic and Joseph Priestley on the other, and contemporary “philosophers,” are extensively detailed. Electric conductors, insulators, batteries, generators and meters, albeit crude, were the areas focused on by the great minds of the day.

The ending of Britannica’s first article on electricity is an excellent lens for viewing life in the mid-eighteenth century. It cites many cases of doctors curing patients with a range of maladies — “obstinate headaches,” sciatica, paralysis, toothaches, even deafness — by applying electricity. In the closing paragraph, Britannica speculates on the next step in medicine:

“But an electrical machine might be contrived to go by wind or water [hey, renewables!], and a convenient room might be annexed next to it; in which a floor might be raised upon electrics, a person might sit down, read, sleep, or even walk about during the electrification. It were to be wished, that some physician of understanding and spirit would provide himself with such a machine and room. No harm could possibly be apprehended from electricity, applied in this gentle and insensible manner, and good effects are at least possible, if not highly probable.”

You can see the whole electrifying article at the website Britannica.com, specifically the first edition, which can be viewed by subscribing for a very economical amount.