Casey, on the Current Crisis

Co-leader of PwC’s energy, utilities and mining practice, Casey Herman, spoke with Public Utilities Fortnightly on April 28 about the current coronavirus crisis, first on resilience, and then on the challenges ahead: 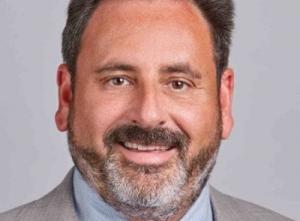 “Utilities are a little bit like an umpire. Nobody notices them until there's a bad call, or disruption, and there have not been any disruptions. I was particularly proud that when the band of tornadoes went through Louisiana to Georgia, power was restored as quickly as it would have been had this pandemic not been in place. That speaks to the resiliency of the industry.

If you look at the information coming out of the Electric Subsector Coordinating Council on recommendations to their members around the COVID-19 situation, it's excellent. It's clear that although the general economy, and commercial companies more broadly, may not have been thinking about what their plans were if a pandemic occurred, utilities have been.

There were plans in place, and utilities executed those plans. They're doing it with a high degree of flexibility.

I've always been incredibly proud of our industry. And, I've never been prouder than right now. Utilities are the backbone of so much. Their resiliency is essential for the critical infrastructure needed to support hospitals, communication systems, etc. The stakes are high, and the industry is performing extremely well.”

And then Casey Herman turned to the challenges ahead:

“I think the credit issues are going to come in waves. First, we are expecting to see defaults by those customers that would have otherwise been disconnected, but utilities have voluntarily chosen not to disconnect them. If they weren't paying before this, they're probably not going to pay after.

That's going to be the first wave — customers that were already a credit risk and perhaps were even credit defaults on your system. They will likely continue to go bad.

Then, we could see a second wave of, not just smaller commercial customers, but maybe some bigger commercials and industrials customers that are struggling to survive this pandemic. Their demand has gone away, along with their customers. Their customers are now credit risks and they’re struggling to survive this. I think we'll see a second wave of credit default when those customers — who are themselves experiencing bad debts — then become a bad debt to the utility.

There may be a third wave later on. Think about what's happening to the financial strength and balance sheets of all the states and counties that are being hit by massive growth in demands in terms of healthcare needs, feeding their citizens, and all the things they have to do. Then, suddenly their sales tax receipts go down.

With real estate taxes as well as entertainment and hospitality tax receipts potentially reduced, we may see issues emerging at the state, municipal and local levels. We may see these meaningful users of utility services — if they're not running their own utilities — in much more difficult financial situations, potentially even becoming a bad debt themselves. This could lead to unanticipated implications, including a push to increase taxes on utility bills.

So, I think there are going to be multiple waves of credit issues that hit utilities and they're preparing for them. They're thinking about it and bolstering their balance sheets. They're working with their regulators to figure out how to potentially recover some of those losses from other customers, as we generally have over the past.

This recovery could be a long slog. We could get hit by iterations of economic issues coming down the pipe that you sort of know are coming but have no idea of the severity or timing.”