CEOs to Your Left and Right

She’s the director of CISA (pronounced like the Roman emperor). That’s the Cybersecurity and Infrastructure Security Agency, the lead department protecting the country from cyberattacks. 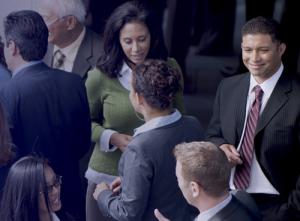 Colonel Easterly helped to create the Cyber Command after having served in Iraq and Afghanistan. Before CISA, she was the NSA’s deputy director for counterterrorism and Morgan Stanley’s global head for cyber.

On the stage as well, you’ll see former Congressman Will Hurd, another cyber expert, who has actually served as an undercover CIA officer. Again, if you’re at EEI’s annual convention.

There’ll be so many sessions on the industry’s top strategic issues, including cyber. Sure, but it’s also the only conference you can go to where you may find yourself with CEOs to your left and CEOs to your right.

I’ll be there. And you can too, by checking out the meetings tab at eei.org or visiting this link.