Was thinking about electric distribution technology. Figures, since I’m in Dallas at DistribuTECH. 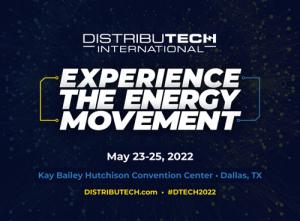 It’s incredible the innovation in distribution. 34.5 kV and below wasn’t much more than incremental improvement over time, during most of my career, in substations, vegetation management, metering, service restoration, customer call centers.

A baker’s dozen years ago that changed. The 2009 American Recovery and Reinvestment Act spurred smart meter installations for tens of millions of customers. After that, digitization really took over all things distribution.

Remember the controversy about smart meters back in the day? Those opposing investment in them demanded specifics. They wanted a list all laid out of the applications and benefits to consumers. Proponents were oftentimes compelled to admit that while a few benefits were knowable – like reducing truck rolls to respond to outages – there were other benefits that could not yet be known.

Smart meters were an enabler, it was said. Widespread installation would stimulate the development of as-of-yet unknown technologies benefitting customers.

In some proceedings this argument did manage to carry the day. In others, it failed to move the state’s regulators.

You know the rest of the story. In the first half of the twenty-teens, smart meters were installed for about half the country’s electric service customers. At that point, ARRA funding was used up. The remaining half of the country remained stuck with analog meters, not that much more advanced than what Thomas Edison patented in June of 1881.

Half the country though evidently proved to be enough. Many of the companies in the massive convention hall I’m in today were sufficiently motivated. They went on to create and market technologies that those early advocates of smart meters were once only able to speculate about.

The benefits to customers of much of this distribution tech are tangible and convincing. Especially when it materially enhances reliability and resilience. Which a number of the offerings seem to do.

Only the most beneficial proposals, proffered by only the vendors who can convincingly express the value for customers, will stand a chance. As it should be. Vendors must understand, thoroughly, what all of us are really here for. It is, in our regulated utility system, to serve the public interest.