An essay by Branko Terzic, Managing Director at Berkeley Research Group, and a former commissioner of FERC and the Wisconsin Public Service Commission: 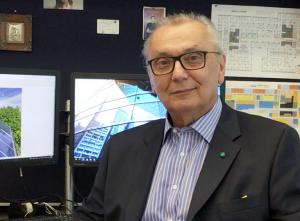 Could real-time electric meter data this January have warned us then about the coronavirus pandemic? A decade ago a French epidemiologist told me it could have, for such a crisis. A New York Times article on April 29 confirms that.

It’s too late for this pandemic. But we need regulators and electric utilities to figure out how to make data available to medical researchers for future epidemics.

A recent episode of the television series 60 Minutes featured a report on the development of outbreak science, which uses large data sets and digital warning systems to track pandemics. The program highlighted BlueDot, a company which looks for early warning of spreading infectious diseases.

Blue Dot expanded its system from text-searching to airline flight and cell phone tracking to observing population movements. In California, BlueDot applied its cell phone analysis, under careful supervision by the state. 60 Minutes interviewed California Governor Newsom who is a proponent of the idea.

The use of real-time electric meter data would provide new information. The idea of its use for public health analysis is neither a new idea nor mine.

Over a decade ago, I was serving as chair of a U.N. Economic Commission for Europe group when I received a request from a medical doctor and researcher who wanted to address the group. His reason was to plead for access by his team of medical researchers to real-time or as close to real-time electric meter data. The epidemiologist explained that he and his team of medical researchers could identify and trace the spread of influenza — and possibly other infectious diseases — by monitoring hourly electricity consumption in residential neighborhoods.

Electric utilities now have data from three time periods: prior to the coronavirus crisis, during the disease’s spread, and once stay-at-home policies were instituted. That should be invaluable to researchers in the future. But they need access to the data.