The great Nikola Tesla was a ceaseless innovator. Tesla's arguably the inventor of radio. The Supreme Court was persuaded of this when they overturned Marconi's patent. Tesla's effectively the inventor of our alternating current electricity system. Talk about a game-changer. If not for Tesla, the band AC/DC would have needed a different name. 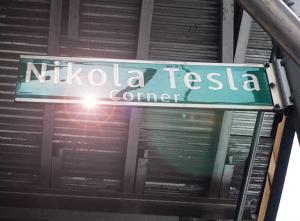 M.I.T. professor John Trump (President Trump's uncle) wouldn't have been hired by the F.B.I. during World War II, if not for Tesla. Professor Trump's assignment? To determine whether Tesla, before dying, had invented the death ray.

Public Utilities Fortnightly is innovating too. See the From the Editor column in this inaugural issue of PUF 2.0.

One of our innovations is, well, to shine a spotlight on innovation. Each month, on this page, Nikola Tesla's Corner, we'll profile outstanding innovators in our industry. And, this November, we'll publish our new annual list, the Fortnightly Top Forty Innovators.

We're not going to do all the work. Rather, we'll look to you, to nominate innovators you admire. Maybe readers will nominate you.

Here's the ground rules. First off, we expect our annual list will be diverse. There'll be innovators from utilities, commissions, consumer advocates, associations, professional firms, vendors, and elsewhere.

Everyone making the Top Forty will have distinguished themselves, during the last year, in serving the public interest. That could be through inventing costless and clean electricity generation. That would do it.

Or they could have developed or advanced the adoption of a technology, application, method, regulatory approach, or public policy that has the potential to serve the public interest. Understanding that such projects are predominantly the product of groups of people, rather than lone wolves like Nikola Tesla, the nominee can be an organizational or project leader that urged and stirred action and achievement.

The Top Forty issue in November will be a big deal. Interviews. Photos. Audio. Video. So, in nominating a man or woman, be sure to tell us something about what makes them a top innovator. Even if the individual is well-known, like a company exec or a commissioner.

A common question is whether the Top Forty will be very similar or very dissimilar from one year to the next. We expect there shall be a few prominent individuals who make the list every year for a few years running. Like a David Owens, the now retiring executive vice president of the Edison Electric Institute. Or a Ted Craver, the recently retired chief executive officer of Edison International. Or an Ernie Moniz, the previous U.S. Secretary of Energy.

We also expect that most of the list will be less prominent individuals, who'll make the list one year, and yield their spot the next to a deserving successor. Perhaps twenty or more of the Top Forty will be newbies each year.

So, what are you waiting for? Send us your nominations, to Steve Mitnick. My e-mail address is mitnick@fortnightly.com.