Ten thousand linemen and other workers of local and distant utilities have been laboring around the clock to restore power lost during Hurricane Harvey. Their work was hard and heroic. 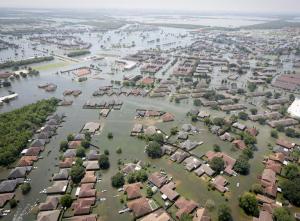 In its first Harvey report, the Energy Department counted 258,137 customer outages across Texas. As of Saturday morning, August 26.

By its fourth report, Energy counted 306,058 outages, 2.6 percent of all Texas electric customers. As of Sunday afternoon.

That number turned out to be the peak. From Sunday afternoon on, the number shrank.

Though slowly at first. The conditions were certainly challenging. The flooding totaled many buildings. For buildings less affected, electrical equipment had to be carefully inspected to ensure safe operation. Energy's tenth report on Wednesday afternoon counted 275,584 outages.

By Thursday morning, significant wins were achieved. Energy's eleventh report that morning brought down the count to 200,522.

As of this writing, on September 2, there were 114,771 outages remaining. Per Energy's sixteenth report. The count was now 62.5 percent lower than the peak outage level of six days earlier.

We salute the utility workers who battled the elements and restored Texans' electricity. To do so, let's quote the 1937 hit movie Slim that starred Henry Fonda and Pat O'Brian.

The movie opens with inspiring footage of the newly-completed Hoover Dam and linemen working, and with this poetry:

"Every generation has witnessed the increase of mankind's control over the natural forces of the earth. The waters that flow, the very air we breathe, is harnessed and made subservient to the will of man.

But in the conquest of electricity, he obtained the power that dwarfs all others. The power that girdles the globe and annihilates distance and gives him control of time and space. The whole structure of our civilization depends upon the unfailing supply of that power. And upon the trembling lines that carry the electrical current over vast distances.

We who live in this great age are perhaps cognizant only of the inventive genius of a few men who enabled us to harness this great giant. But without the courage and fidelity of the men who labor at all hours, and in all weather, to build and keep aloft the lines that bring us our electrical supply, this era of miracles would not have come to pass.

The power that lifts our elevators, runs our factories and trains. The current that lights our great cities, our homes, and our hospitals, stands obedient ready to answer the pull of a switch.

But behind all this is an army of men whose skill and daring have made this great power a reality.

And it is to them we dedicate this picture. The linemen."