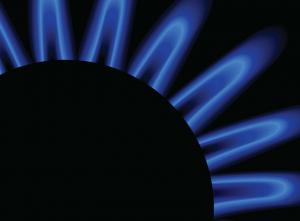 "When it comes to dancing, she's a gasser." —Cab Calloway, "The Hepsters Dictionary," 1944

So much for gas in literature and music. Now for some stats.

Since then, consumption has remained in the range of 4.1 to 5.1 trillion. The 2015 level was just about at the midpoint of the range.

Number crunching, and amusements too, courtesy of Public Utilities Fortnightly.