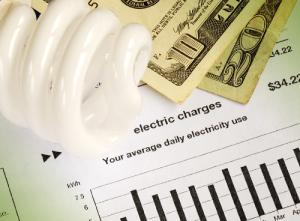 Consumer prices were up 8.6 percent year-over-year. The CPI's component for electricity was up 12.0 percent.

While the CPI increase was not much different across the country's four census regions, the electricity component's increase was. The why is obvious as you shall see below.

The regional differences were relatively small. Even between the most inflationary region, the south, at 9.2 percent, and the least, the northeast, at 7.5 percent.

The differences were relatively large. The region with the highest increase, the northeast, was at 15.3 percent, and the least, the midwest, was at 6.6 percent.

Natural gas prices really affected the south as well. Since there's a regional transmission organization for most of the south's largest state, Texas. Gas plays a big role there in ERCOT.

Electricity prices in the Dallas metro area for example were up 28.1 percent.

Electricity prices rose less than the national average in the other two census regions, the midwest and west. Price increases in these regions were undoubtedly moderated by the greater diversity of generation resources, lessening the impact of global gas trends. In the midwest and west, there are substantial shares of non-gas generation resources: hydroelectric, wind, solar, nuclear, and yes, coal.