We miss them. Like old friends that moved on. Where are they now? 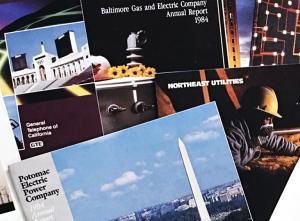 The names of utilities that, not long ago, each served hundreds of thousands or millions of homes and businesses. They built and operated hundreds of power plants. Their execs were industry leaders.

Here's our list of twenty-four. Who am I forgetting?

They're gone now. Though memories of them remain.