A battle is currently brewing between members of Congress to either terminate or expand the current seventy-five hundred dollar electric vehicle tax credit. They should learn from Georgia which in 2015 repealed the state’s robust electric car tax credit, and penalized electric car buyers with a fee. The move led to a nearly ninety percent drop in new electric car registrations and cost Georgia income, jobs and cleaner air. Here’s why Congress should not repeat Georgia’s mistake. 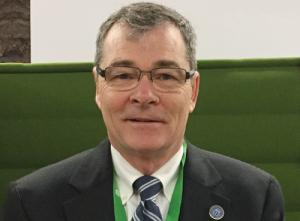 Electric cars save consumers money over the long term. Although electric cars can be more expensive upfront, they cost less than half as much to drive as conventional cars. Filling up with electricity is equivalent to paying about a dollar per gallon of gasoline. And drivers save money on maintenance over the life of the vehicle.

Electric cars boost the local economy. When drivers fill up using electricity, they’re buying power from the local utility, keeping their money within the state and shielding drivers from volatile global oil prices. Plus, electric vehicle tax credits are received as part of one’s annual tax return; money that goes back into consumers’ pockets. In Georgia, reinstating a twenty-five hundred dollar tax credit and reducing the electric car fee to fifty dollars could lead to an estimated hundred million dollars in gained Gross Domestic Product and fifty-four million dollars in increased income in the state.

Electric cars can spur new industries and job opportunities. Global automakers are planning to invest an unprecedented three hundred billion dollars in electric vehicle technology over the next decade. But almost half of that investment is being directed at China. By expanding the tax credit, Congress would boost demand for electric cars, create economies of scale and drive down their upfront cost, all while sending a signal that the U.S. is a smart place for global automakers to do business. In Georgia, a one point seven billion dollar battery plant currently under construction is the largest economic development opportunity in a decade and is expected to create two thousand jobs.

Electric cars can improve the electric grid and are a major business opportunity for utilities. In Europe and North America, the e-mobility market for utilities is expected to reach over two trillion dollars by 2040. Innovative projects that utilize electric car batteries to improve grid stability, for example, are in their pilot stages in the U.S.

Electric cars reduce air pollution. Traffic pollution is responsible for one in five childhood asthma cases in the U.S. and can lead to cardiovascular disease, cancer and even premature death. Electric cars have no tailpipe emissions, which would be a major public health benefit for America’s densely populated and quickly growing urban centers.

It’s a no-brainer. Instead of rolling back America’s electric vehicle tax credit, Congress must expand it.