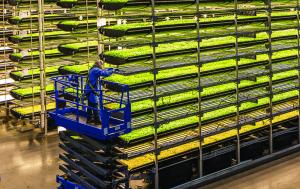 And it wouldn't make any sense if the cleanliness in its production, and efficiency in its usage, had been purchased with electricity's essential advantages — cost, convenience, safety, flexibility and versatility — as payment. This would have been a steep price, possibly too steep a price.

Yet — and this is an astonishing fact — electricity's real cost is at its historic low. Electric bills have dropped to 1.32 percent of consumer expenditures this year. How utilities, regulators and policymakers achieved this magic is a subject for another column. But they did.

So, the renewed and major push to further electrify. It turns out we have a long way to go.

A fifth of the energy in America is electrical. What's the other four-fifths? Generally, the burning of fossil fuels at the point of use. Right there, right where we live and work, often a few feet away from us.

How much of that four-fifths of America's energy should and could be electrified in the decades to come?

The zero-carbon share will double. It will rise from thirty percent to sixty percent.

The high-carbon share will be a sixth of what it had been. It will fall from fifty percent to ten percent.

The grid's electricity on average recently became cleaner than combusting oil at the point of use. How did that happen? It's not hard to understand. The zero-carbon and low-carbon percentage shares are growing. Their growth is offsetting the shrinking high-carbon share.

So, powering your car with the grid is now cleaner than powering it by combusting a refined oil product right there under the hood. Electricity wasn't as clean before. It is now.

The grid's electricity will next become as clean as combusting natural gas at the point of use. That shall be a momentous day. Natural gas is the cleanest of the fossil fuels.

Ultimately, electricity will become about twice as clean as combusting natural gas at the point of use. Electricity will then have left all the fossil fuels — burning them yourself in your home or place of business — in the dust.

In the decades to come, burning fossil fuels right there will remain a good fit for some applications. Such as to fly aircraft. Such as to drive long-haul heavy-duty trucks. Such as to heat cold-climate buildings. And for certain industrial processes. Though these applications might someday become exceptions to the norm.

The question on the table is, how much of the four-fifths of America's energy from burning fuels at the point of use should and could be electrified? Let's see. Let's glimpse the future, in this special issue of Public Utilities Fortnightly on "efficient electrification." See the articles online here.