This Quarter's 1.31% Second Lowest Ever

On Friday, the Commerce Department estimated the Gross Domestic Product through the third quarter. Your dedicated data-crunchers at Public Utilities Fortnightly immediately drilled down to the detailed numbers, to calculate the latest on electric bills. 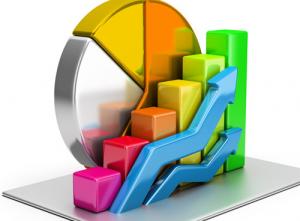 In the two hundred and thirty-five quarters of Gross Domestic Product data, since 1959, electric bills in this year’s third quarter were the second lowest ever, as a percent of total consumer expenditures.

It was 1.31 percent. That’s just shy of the all-time record low, 1.29 percent, set as recently as this year’s first quarter.

Until the fourth quarter of 2015, electric bills had fallen below 1.40 percent of consumer expenditures only once. That was in the third quarter of 2004.

We’re on a two-year streak of extraordinarily low electric bills as a percent of consumer expenditures. Starting in the fourth quarter of 2015, electric bills have been below 1.40 percent in all but one of the eight quarters.

That 1.31 percent in this year’s third quarter means less than one in every seventy-six dollars of consumer expenditures is spent on electric bills.