See You at NARUC! 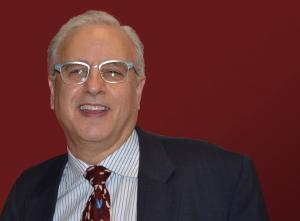 The Annual Meeting has been the event of the year in utility regulation and policy for a real long time. For a hundred and twenty-nine years, to be exact, since 1889, only seven years after Pearl Street Station became the first central power plant.

It was at the forty-fourth Annual Meeting, in 1932, that David Lilienthal (then a Wisconsin commissioner) caused a ruckus. Among his demands, that Annual Meetings always take place in Washington DC.

Lilienthal argued Annual Meetings should be more serious-minded. And that they would be, somehow, if held in Washington.

NARUC president Thomas Murphy responded. Many states wanted the convention moved around “to equalize the advantage of nearness to the meeting places.” (Credit to David Lilienthal biographer Steven Neuse.)

Lilienthal was a newcomer in 1932. It was his second Annual Meeting. Most commissioners nationally probably felt then, as they undoubtedly do now, that there’s no more effective gathering for discussing regulatory best practices with peers.

Four of us from Public Utilities Fortnightly will be there this year. Joe, Pat, Alexandra and I can’t wait.

Chair Sheahan submitted an article to us on the role of regulators in protecting us all against cyber threats to utility supply chains. It will be the lead piece in December’s Public Utilities Fortnightly. I hope to hear more on this critical subject from the Chair, his co-authors (Dominic Saebeler, Meagan Pagels, Wei Chen Lin) and other experts on Sunday and Tuesday.