Last year, American consumers spent as much as 326 times more on pets, including their vets, as compared to 1959. 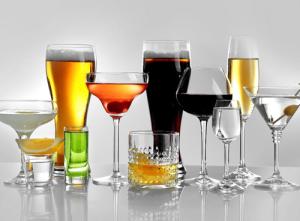 On the other hand, consumers spent just 7 times more on beef and veal last year as compared to 1959.

Notably, consumers have upped their spending on wine by far more, by 103 times. The growth in expenditures on beer though is closer to spirits, at 23 times.

That’s also the rate of growth in expenditures on gasoline and fuel oil, 23 times. This particular multiple is sure to go up when we compare the present year, 2022, with 1959.

Because overall, consumers spent 49 times more in 2021 across all goods and services, than in 1959.

It’s important to consider what drives expenditure growth when looking at these multiples for the different categories of goods and services. For instance, last year’s consumers spent only 18 times more on natural gas utility service than in 1959.

This relatively low multiple isn’t that much due to gas price trends. It is mainly due to the huge improvements that have taken place in the efficiency of home heating with natural gas, which has moderated therm purchases.

Consumers have, in contrast, quite substantially raised their kilowatt-hour purchases of electric utility service in the period since 1959. Electricity’s 42 times multiple disproportionately reflects that tendency rather than what’s been happening to electric rates.

The same must be true for sporting goods including guns and ammo. Consumers are evidently buying more products from this category. More soccer balls and weapons are driving the 91 multiple. Not so much their price trends.