State of the Grid Today 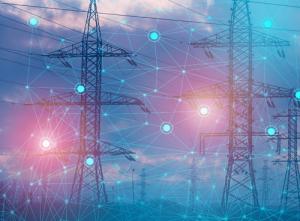 Which is a very big deal. Why? Because the Eastern Interconnection covers two-thirds of the U.S. and Canada. And it includes thirty-nine states, the nation’s capital, and eight provinces of our northern neighbor.

That the grid’s state is good, according to this report, is very good news for the two hundred and forty million of us dependent upon its resilience.

Though there are nineteen “planning coordinators” in the Eastern Interconnection, this grid actually operates as a single synchronous machine. So, the engineers and modelers of the Planning Collaborative are constantly testing a wide range of adverse scenarios to make sure this massive machine can handle almost anything thrown its way.

From anywhere. From Maine to Montana. And from Manitoba to Midland.

For me, the report’s most interesting conclusion concerned system inertia and frequency. In alternating current grids, like the Eastern Interconnection, these factors are all-important.

“The Eastern Interconnection should have sufficient system inertia over the next five years,” says the report. That’s important.

But then there’s this notable caveat. “However, with the additional non-synchronous generation and increased resource retirements, maintaining frequency in the Eastern Interconnection is a concern that warrants continued study.”

Fortunately, the experts of the Planning Collaborative are on the job on this and other concerns (like electric and natural gas coordination). We’re thankful for that.

Check out the report for yourself here.