2.7 million jobs. That's the estimate by M.J. Bradley & Associates of the number of direct jobs in the electricity sector. Check out its report "Powering America" released yesterday. 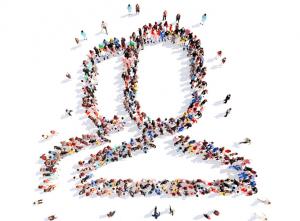 M.J. Bradley blows away the myth that there are just four hundred thousand electricity jobs. That number counted utility employees only. There's a lot more of us than that.

My essay "Jobs, Jobs and Energy Jobs" was published in Fortnightly's Spark, its newsletter at the time, on August 11, 2015:

"Too often one cites the number of jobs in category 22, entitled Utilities, specifically category 2211, entitled Power Generation/Supply. This number, currently around 0.4 million, is represented as the industry's total employment. Policymakers, the press and the public can't know that this number may count no more than a fifth or so of the industry's total employment, disregarding four fifths...

Counting the jobs in the Power Generation/Supply category, the jobs in the dozen categories allocable to the electricity sector, and the jobs in departments of professional and outsourced services firms dedicated to the sector, the total can be pegged at 2 million..."

And that's direct jobs. Economists typically express jobs of a sector of the economy in two categories: direct and induced. The latter come from the spending of those with direct jobs. If you include induced, M.J. Bradley estimates the total at 7 million.

Why is the large number of jobs in the electricity sector so important? Well, the electricity workforce not only electrifies our economy and culture; its jobs are an essential part of American society. When we engineer, build and maintain plants, lines and substations, we power up in many ways.