What do these 58 energy people have in common? 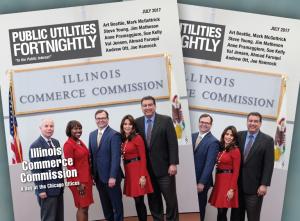 All fifty-eight are in July's Public Utilities Fortnightly, for the NARUC Summer Meeting. See you in San Diego!

Each of these energy people authored an article in the issue, or were interviewed, or were in a photo and named.

The now twice-monthly magazine for commentary, opinion and debate on utility regulation and policy, Public Utilities Fortnightly. "In PUF, Impact the Debate."